HUNDREDS of Polish scientific workers have asked for recognition of the academic degrees they were awarded in Slovakia. 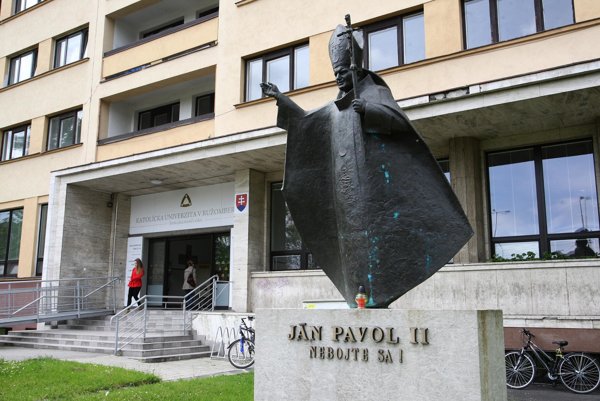 At Polish universities tougher rules are in place for granting them, the Sme daily reported.

The story was first published by Polish weekly Wprost, which claims to have a list of such academics and informs at the same time that they bought their degrees for €2,000-€8,000. The most problematic specialisation is pedagogy, where every fourth habilitation is problematic.

Based on a bilateral agreement, the Slovak degree ‘associate professor’ is equivalent to ‘habilitated doctor’ in Poland. The Polish education minister admits that “it is probably easier” to receive an academic degree in Slovakia, as reported by Sme.

The Polish Education Ministry has confirmed that several academics were awarded their degrees at the Catholic University in Ružomberok (Žilina Region). The school, however, rejects these claims.

“The aim of this untrue information is to question the level of our university and other universities in Slovakia,” reads the school’s statement, as cited by Sme.

Slovak Education Minister Juraj Draxler, however, admits certain suspicions from the past. Based on the results of the audit ordered by the Conference of Bishops of Slovakia (KBS) and also talks with the Catholic University’s representatives he will decide on launching an additional investigation. The Education Ministry has already decided that the university cannot grant the associate professor and professor titles in the specialisation of social work, Sme wrote.

Since the Polish academics can keep the dubious titles, Draxler plans changes in such cases.

“It is necessary to change the law next year so that it will be possible to revoke their titles,” Draxler told Sme. It is, however, not clear whether the law will be changed before the March 2016 elections.

Meanwhile, Slovakia and Poland launched discussions about the agreement concerning the recognition of titles. Its final form will be published in autumn, Sme wrote.

It is possible that the new agreement will not concern the associate professor and professor titles, the Pravda daily wrote.