BRATISLAVA has flooded again because of the narrow holes in its drain covers, with activists claiming that simply cleaning them is not enough, the Sme daily reported on August 18. 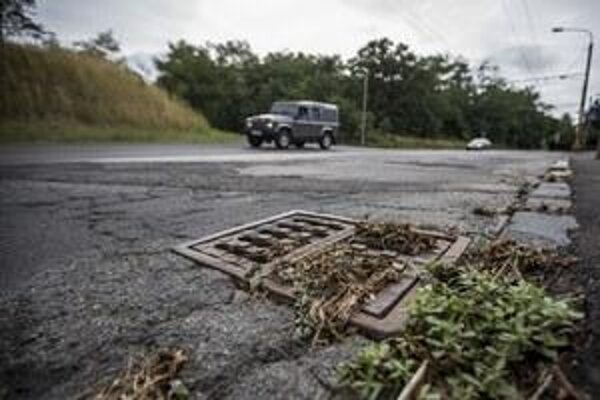 A strong storm with torrential rain flooded some streets in the city centre last weekend, causing public transport to grind to a halt and forcing the fire brigade to intervene.

According to Bratislava Water Company (BVS), local street flooding was caused by the narrow holes in drain covers on the streets, which were not able to drain the water away into the sewers quickly enough. Cleaning helps them only temporarily.

According to activist Miroslav Dragun, the old sewer system and bad weather should not serve as an excuse for the city. The issue should be approached systematically.

“Yes, the channels are old. They didn’t expect such weather fluctuations, but in Bratislava it doesn’t happen only sometimes; in Bratislava it accompanies heavy rain every time,” said Dragun, as quoted by Sme.

BVS spokesman Alexander Buzinkay said that the public sewer system administered by BVS is wide enough to drain the water away but the sewer inlets are too thin, so the water that can not be removed remains on the surface.

The capital city is responsible for more than 10,000 drain covers on its roads. The city cleans them regularly, and this year it plans to check and clean them all, according to City Council spokeswoman Ivana Skokanová,

An analysis requested by Dragun based on the information law shows that the city cleaned more than 1,800 drains last year. By mid-June of this year it had dealt with 564.

Cleaning is carried out in the autumn, as the leaves fall and clog up the drains, stated the city council.

Dragun said that the city should single out the most critical sections and keep them clean all the time. If there is a problem with narrow drains that can not be enlarged, more of them should be added.

The water company has conceded that the city will have to address issues with rainwater more comprehensively.

“We’re exposed to unprecedented weather events ... and we’ll have to prepare for them, maybe even change the approach to removing rainwater from the surface,” said Buzinkay.