TWO sport aeroplanes crashed on August 20 in the Ilava district in western Slovakia, resulting in seven fatalities, spokeswoman of the Fire- and Rescue Brigade Zuzana Farkasová informed the SITA newswire. 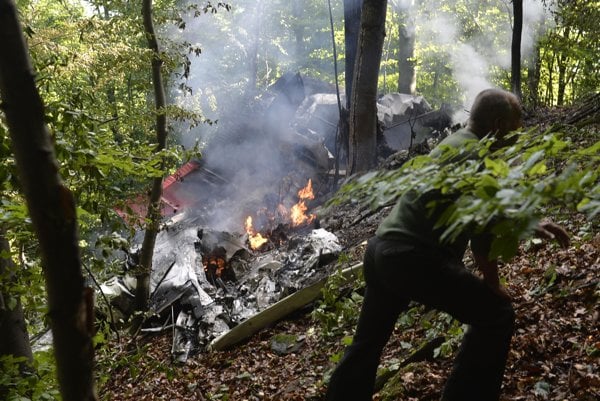 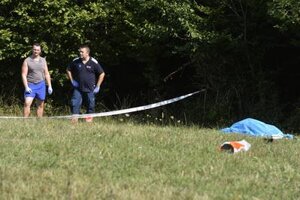 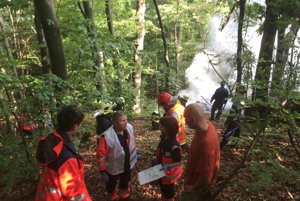 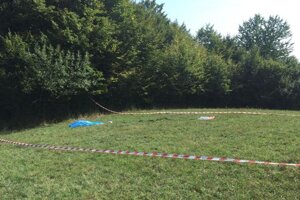 TWO sport aeroplanes crashed on August 20 in the Ilava district in western Slovakia, resulting in seven fatalities, spokeswoman of the Fire and Rescue Brigade Zuzana Farkasová informed the SITA newswire.

Parachutists were training for a group jump when one of planes came too close to another and tore its propeller, the Sme daily reported.

One of them fell into the difficult terrain of the Chotuč saddle and the other about two kilometres from Červený Kameň village, according to early reports. Firefighters from Dubnica nad Váhom, Trenčín and volunteers from Červený Kameň rushed to the scene and helicopters from the Rescue Medical Service and Interior Ministry were also dispatched.

Both planes are of L-410 type commonly used by parachutists. The accident occurred when they were 1,500 metres above ground, according to Juraj Deneš of the Aviation and Naval Investigation Department. It is believed that four crew members and three parachutists died in the crash.

An additional 31 people were injured and four of them had to be transported to the Faculty Hospital in Trenčín. All of the injured were conscious and able to communicate, according to Alena Šmatláková of the hospital’s secretary office.

“The diagnosis process is still ongoing therefore we can’t say anything about the scale of their injuries,” Šmatláková told the TASR newswire. “They should be less-serious injuries, however.”

Specialised four- and six-wheeler vehicles were sent to the scene as one of the planes crashed in difficult to access terrain.

This crash is another air tragedy to occur in Slovakia during summer 2015. A pilot died and another two soldiers were injured in a military helicopter crash on July 28. The MI-17 helicopter crashed during a training flight near the village of Geraltov, Prešov district.

Earlier in July an emergency helicopter rushing to help an injured boy crashed at the Slovenský Raj (Slovak Paradise) National Park in eastern Slovakia on July 17. The whole crew consisting of pilot, doctor, rescuer and a member of the Mountain Rescue Service perished during the accident after the helicopter fell into a ravine.