Campaign heats up with Fico allegations

THE POLITICAL scene is slowly waking up from its heat-induced summer lethargy as autumn will see campaigning for the spring 2016 general election pick up. If the recent clash between Prime Minister Robert Fico and opposition politician Igor Matovič is any indication, things look to be rough from the start. 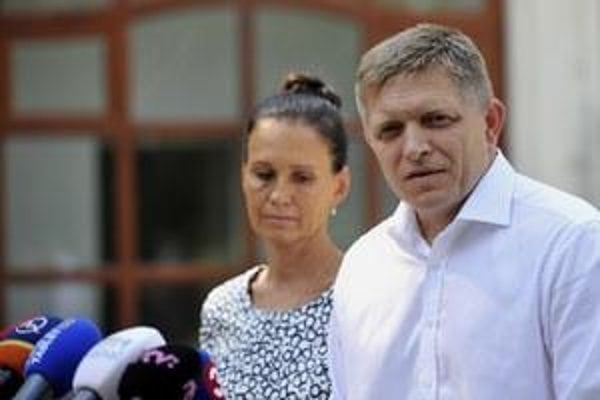 Fico and his wife are filing a criminal complaint against Matovič, the leader of the opposition Ordinary People and Independent Personalities (OĽaNO). They announced this at a special press briefing on August 14, with Svetlana Ficová making a rare public appearance, after Matovič released information accusing the prime minister and his wife of having hundreds of millions of euros deposited in a tax haven in Belize.

“Politics can’t be done in this way,” Fico said, according to the TASR newswire. “Everything that Matovič said was made up, and it provides a basis for suspicions of the crime of false accusation, and I believe that the law-enforcement authorities will act duly.”

Matovič first wrote on a social network that the prime minister along with his wife set up a shell company in Belize in 2008 with two bank accounts at Belize Bank International (BBIL), containing $674,546,004.42 as of July 21, 2015.

At a press conference that followed one hour later, Matovič admitted the information was provided anonymously and he did not have it confirmed.

“I’m asking Robert Fico how he feels now after anonymous information has been released accusing him of having money in his account that an ordinary mortal couldn’t earn even in 5,000 years,” Matovič said. 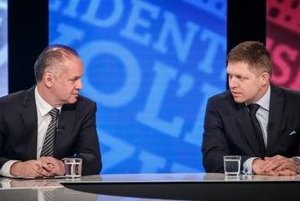 Matovič suggested his decision to publish the information was to show the prime minister how it feels when anonymous information is used against a political rival, hinting at a police raid that took place at his family’s company two days before.

Matovič did not specify when he received the information about Fico, but later he claimed for the TASR newswire that he receives such anonymous accusations about the prime minister often, and has had at least 20 of such before.

This one “seemed to be trustworthy”, Matovič said for TASR on August 18. Along with publishing the unconfirmed information, Matovič also suggested that Fico was linked with the police raid that took place in the Region Press company, which Matovič established and is currently headed by his wife Pavlína Matovičová.

Officers from the National Crime Agency (NAKA) carried out a raid in the headquarters of Region Press in Trnava on August 12, and seized servers containing data files. The operation was ordered by the Special Prosecutor’s Office.

In June, criminal prosecution was launched for tax and payroll tax evasion, the police corps spokesman Michal Slivka said following the raid, adding that the police have repeatedly requested the company’s books, and as the company failed to provide it, the prosecutor issued an order to secure data from the computers, the Sme daily wrote.

Sme also reported that NAKA has been dealing with Region Press since June based on an anonymous criminal complaint concerning tax evasion. Matovič claimed that NAKA launched the investigation without first checking whether the anonymous complaint contained true information.

“The goal of this is to make it appear that Matovič isn’t clean, that he hasn’t paid taxes, and that’s why NAKA is investigating him,” said Matovič.

Region Press has always been honest when it comes to taxes and deductions and has paid €20 million to the state since it was set up in 1997, Matovič maintains.

Matovič claims that, based on the prosecutor’s order, NAKA officers were supposed to copy the data from Region Press’ computers, not seize them. The police returned the computers on the same evening, except for two hard disks.

Early media reports suggested the raid at Region Press was connected with the scandal involving an audio recording featuring Matovič and Radoslav Procházka, the leader of the Sieť party who ran in the 2014 presidential election. The recording suggested that Procházka has shown interest in an off the books political advertisement in the newspapers published by Region Press as part of his presidential election campaign.

The recording was later posted online. Procházka admitted that the voice in the recording belongs to him, but maintains that the material was tampered with. Later he was charged with attempted tax evasion, but in December 2014 Special Prosecutor Dušan Kováčik deemed the charges groundless and dropped them. The investigation file was returned to police.

Matovič now alleged that Procházka too might be involved in the police raid, as the Sieť leader indicated in a recent interview that a “big thing” would happen soon in the case. Procházka, approached by TASR, denied having anything to do with the police operation at Region Press.

“I learned about the operation at MP Matovič’s former company from the media. I don’t know the reason for the operation and it doesn’t me bother me either,” he said.

Speaking to a press conference following the police raid in Trnava, Matovič and his political ally Daniel Lipšic, suggested the raid is a campaign against their coalition, which had been announced six weeks earlier.

Back then, Lipšic said there would be attempts to criminalise them, and this has already started happening, he said. This is because neither Lipšic’s Nova nor OĽaNO are financed by oligarchs, and none of the two are pondering cooperation with Smer, he added.

Matovič is hardly a favourite for a coalition partner among other parties either. He has been in conflict with Procházka ever since the recording affair started following the presidential election in the first half of 2014.

In a recent interview for the SITA newswire, leader of the opposition Most-Híd party, Béla Bugár, listed as his party’s potential partners the Christian Democrats (KDH) and Procházka’s Sieť. Based on the opinion polls, however, the three parties so far lack the necessary percentage of votes to be able to rule as a coalition of three.

“I claim, however, that Igor Matovič and his party might be an obstacle to creating a rightist alternative, since we know him,” Bugár said. “Look at the methods he is using. Recording does not belong into decent politics.”

Meanwhile, Matovič says he is positive he can prove the majority of his claims against Fico and promised to unveil the evidence to back up his allegations in early September.

“They’re documents that exhibit significant hallmarks of being authentic,” said Matovič as quoted by TASR, confident that he can furnish evidence for “at least 99 percent of my claims”.

Matovič reiterated that he had received two anonymous pieces of information. The first source concerned an account opened at a bank in Belize, with the second detailing skulduggeries in state tenders and the redirecting of state funds to the same bank account. The documents list specific tenders, which Matovič said he is now seeking to look into. He went on to point to other, albeit unnamed high-ranking officials from the ruling Smer party.

“The case I’ll shed information on by early September at the latest could only have involved high-ranking people in executive power; that is, people from Smer,” he said.