Programme to push households to purchase and install RES facilities. 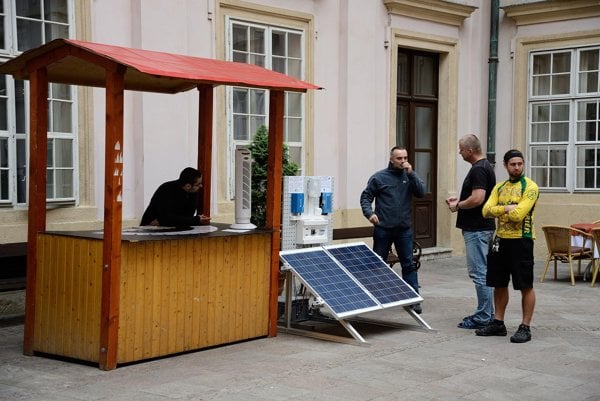 AFTER nearly two years of preparation Slovakia is set to launch a support scheme allowing households to switch over to renewable energy sources (RES). This will be the first time households will be able to directly draw EU funds, while these will cover up to 50 percent of costs of purchase and installation of the equipment within the “Green for Households” project.

Green for Households will launch as a pilot project this autumn. Owners of family houses can access vouchers to cover a portion of the costs to purchase and install accredited equipment. The project will be open also for associations of owners of apartments.

The project is supported from the EU Operational Programme Quality of Environment, with a budget of €115 million , with €100 million arriving from the European Regional Development Fund and the rest covered from the state budget.

The budget of the pilot project is €45 million while for applicants from Bratislava Region, which is wealthier and therefore unable to draw EU funds, have been allocated €2.3 million. The rest of this package will be allocated to the remaining seven regions, said Svetlana Galeková, general director of the Slovak Innovation and Energy Agency (SIEA) under whose auspices the project is taking place.

The ministry estimates that €45 million would be enough for installation of over 15,000 facilities using renewable energy resources.

There are five types of equipment that will be supported: photovoltaic panels, solar collectors, heat pumps, biomass-fired boilers and wind turbines – while subsidies will be calculated per kilowatt of installed capacity. There are caps for the installed capacity to be supported as well on the amount of support itself. In case of facilities for production of electricity the aim is households to install facilities whose electricity production they will be able to consume themselves. Households can get a bonus for the installation of accumulators.

“We will repay most households approximately from one-third up to one-half of costs of installation of modern and quality facilities,” said Hudák.

Under the project, households will choose technology and a supplier from a list of accredited providers registered with SIEA and use vouchers for payment. This way the obligation to select suppliers and fitters via public tenders would be eliminated. Afterward these providers, based on the vouchers, will ask for reimbursement. The SIEA already launched registration of RES facilities to be accredited for the project while the start of distribution of vouchers to households is planned for this autumn.

In the past the government has allocated subsidies for households installing RES facilities, totalling €6.6 million between 2009 and 2011. In total, households and blocks of apartments installed more than 6,800 solar collectors and biomass-fired boilers. At that time households first installed the new facility and only afterwards they asked for reimbursement. The SEIA and the ministry hope the current scheme will be less administratively demanding.

Slovakia has pledged to increase the utilisation of RES from 6.7 percent of the final consumption of energy in 2005 to 14 percent in 2020.