MORE than 100,000 people are expected to visit the displays of around 500 exhibitors at the Agrokomplex agricultural fair, which opened in Nitra on August 20, the TASR newswire learnt on the same day. 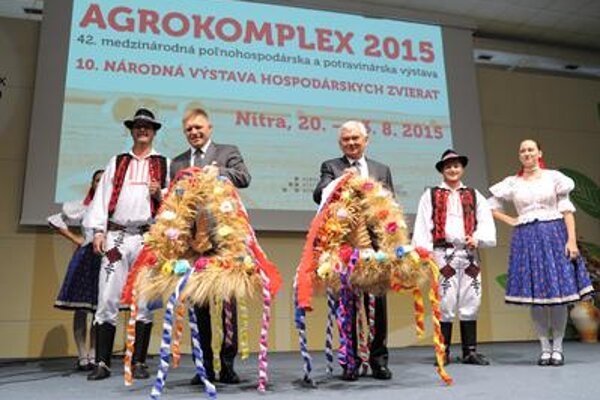 The exhibition site of more than 30,000 square metres features exhibitors from Slovakia, the Czech Republic, Hungary, Poland, the Netherlands, Bulgaria, Serbia and Slovenia.

“The fair has grown over the past four years, with the number of visitors also on the rise,” said Agrokomplex director Eduard Krcho, as quoted by TASR. “We expect that the four-day fair will be visited by more than 100,000 people this year.”

The agricultural fair traditionally takes place at the end of the harvest.

“This year’s yields are in line with the average for the past five years, and they provide a basis for optimism - there will be enough grain this year again. Crop production is producing yields that ensure self-sufficiency,” said Prime Minister Robert Fico during the opening of the fair, as quoted by TASR.

Nevertheless, Fico noted that the extreme drought in June and July may have damaged crops that are harvested in the autumn, so lower yields than usual are expected then.

“We have to be ready to restructure agricultural production and use irrigation much more,” said Fico, as quoted by TASR. “We had irrigation equipment on 320,000 hectares before 1990, now this equipment is functioning only on 60,000 hectares.”

Equipment is being used intensively on only 10,000 hectares, which is a fraction of the 1.2 million hectares of arable land in Slovakia, noted the Prime Minister.

At the same time there is a need to restructure agriculture in Slovakia so that it can adapt to climate change. This should include selecting plants that are better able to resist high temperatures and a lack of water, said Fico.