THE SPA town of Turčianske Teplice will see engineering revived after several years. 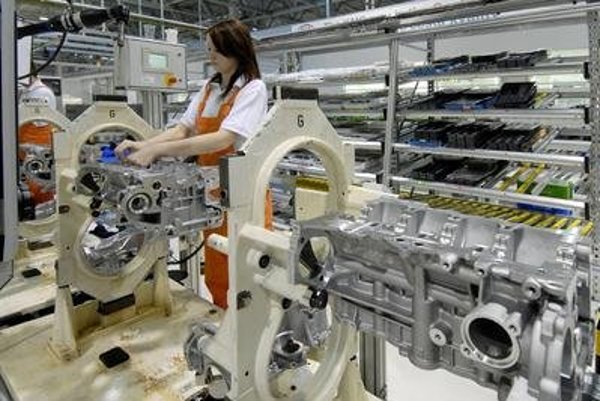 In the former hall of the Moneda company axles for Kia and Hyundai cars will be produced.

“We were looking for an apt locality in Slovakia and the Czech republic, but have found no better site,” Cho Nam Kyu, legal representative of the company, told the MY Turčianske noviny regional newspaper in mid June. The Korean company Samhwa Tech plans to invest €6 million this year, and €2 million next year into the plant. The foreseen steel products manufacturing shall consist of pressing and welding, including transport and storage. Components will be produced and transported to Dong Hi in Strečno, Slovakia.

“If everything goes well, in October the production shall run at full blast; first, 70 people will find jobs in the plant, and later up to 200,” Cho Nam Kyu said.

Good news is that the investor plans to use services of local firms for cleaning and catering. Future employees shall have an initial gross salary of €430, with a prospect of increase after the production is well established; benefits were also mentioned.

“This region is renowned for its engineering tradition, and I believe we will find skilful employees,” the manager said, adding that Slovaks have a good reputation abroad for their responsibility and diligence.

Samhwa Tech has so far not asked for any state aid, but it hopes to get some from the town – “mainly the reconstruction of the approach road and the road crossing the railway crossing; the investment is estimated at €35,000 but first, the ownership issues must be settled,” Igor Hus, Turčianske Teplice mayor, said for the TASR newswire.

Then-economy minister Pavol Pavlis had met representatives of the company during his visit to Korea in autumn 2014, and the investment totalling €8.3 million has already started being implemented, he said in spring 2015.