THE YOUNG black stork rescued near the town of Svit (Prešov Region) in early July is doing well and, after going through a recovery programme, it has been placed in a nest of another pair of black storks who have ended up adopting the youth. 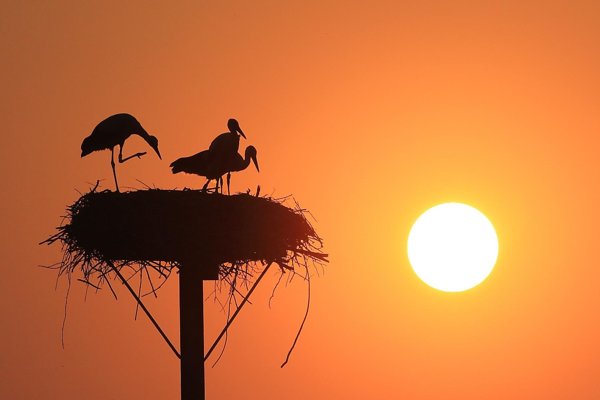 According to the head of High Tatras National Park (TANAP) administration Pavol Majko, the young bird “flew out of the nest for the first time ever in late July, along with the other young”, as reported by the TASR newswire.

After accomplishing such a feat, young storks tend to hang around the nest and keep returning to it for several weeks or months for food that their parents keep bringing in. This period of their lives is vital for them, as they gradually learn to be independent, perfecting their skills in flying and catching the frogs, fish, large insects, crayfish and mice that storks eat.

In the second half of August, larger flocks of storks are usually seen in Slovakia, as they prepare to set off on a long migration to winter in warmer climates. Conservationists hope that the young stork recovering from injuries will handle its first long flight well, TASR wrote.

The rare young black stork was found after it left its original nest somewhat prematurely near Svit in early July, slightly injuring one of its wings in the process.