Beware Slovakia, the Americans are coming. 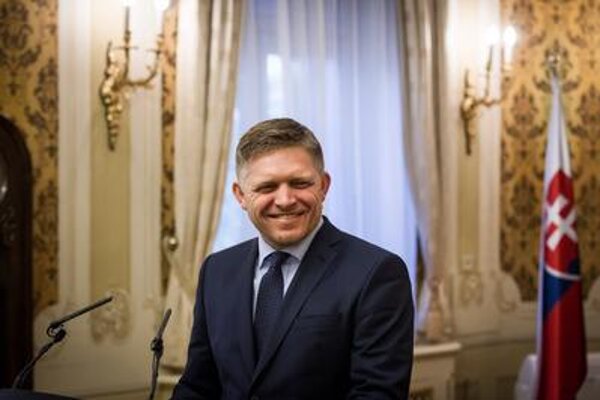 As the Defense Ministry confirmed earlier this week hundreds of American soldiers with the military hardware to match will pass through Slovakia en route to Hungary in September. About eight times as many soldiers will take part in the Slovak Shield 2015 operation the same month.

To the Defence Ministry this looks a lot like an operation oriented on “guaranteeing security and defence of the Slovak Republic”, but to Prime Minister Robert Fico this must look the resurrection of Leonid Brezhnev.

The average citizen would have reason to be confused about so many foreign troops showing up on Slovak soil as Fico has done his best to criticize the idea publicly. “Slovakia has its historical experiences with the presence of foreign soldiers – let’s recall the invasion in 1968,” Fico said in June 2014, and yet here come foreign soldiers.

In September 2014 Fico said: “Even at the cost of political retirement, I would never agree with a NATO military base in the territory of the Slovak Republic.” Then in February of this year his government requested that the country host a so-called Force Integration Unit (NFIU), a collection of 40 soldiers permanently based here that will serve as an organizing point should NATO – of which Slovakia has been a member since 2004 making all the country’s army facilities part of NATO – ever need to mobilize larger units. The NFIU would even include (gasp!) 20 foreigners.

It is possible to debate semantics and claim that Fico does not consider Slovak military bases to be NATO facilities or that an NFIU is not a “base”, but its undeniable there is a huge gap between words and deeds. It would admittedly be strange if Fico were suddenly okay with a repeat of the Warsaw Pact invasion of his country. Instead, events show how ridiculous and intentionally misleading the comparison was to begin with.

These are not the only examples of Fico saying one thing and then doing another. In August 2014 he offered strong criticisms of planned sanctions on Russia. “Slovakia is, in my opinion, under threat, because I call these sanctions senseless,” he said. Four months later his government agreed to extending sanctions. The month after that it supported an asset freeze on 19 more people and backed a plan to extend travel bans to even more people, including a pair of Russian deputy defense ministers.

Rhetoric on the Greek crisis has been similar. In February Fico told The Financial Times: “The [previous] Greek government has agreed to the conditions of financial assistance. It is not possible that a new government comes and immediately declares that, er, well, we will not respect this.” A few months later the European Union, including Slovakia, negotiated new bailout plans with the Greeks.

The English word for someone who says one thing and does the opposite is “hypocrite”. When it comes to Slovak foreign policy you might say the word is Fico.