AFTER a sad year for Slovakia’s tourism industry when the number of travellers shrank during 2014, the first half of 2015 has brought better news. 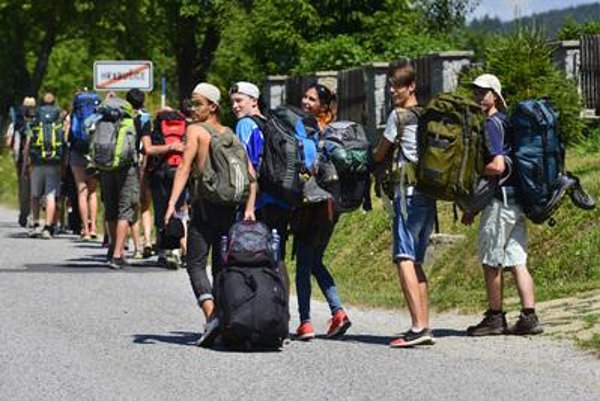 The number of travellers choosing Slovakia as their holiday destination increased by almost 10 percent year on year. This means that the visiting rate exceeded the record year of 2013, the TASR newswire reported.

A total of 1.894 million people chose Slovakia as their holiday destination in the first half of 2015, the Slovak Tourism Board informed on August 24 based on data of the Slovak Statistics Office. Out of them 734,000 travellers were from abroad and 1.16 million were Slovaks. The increases amounted to 10.4 and 9.5 percent for foreign and Slovak holidaymakers, respectively.

SACR is also pleased with a two-digit rise in the number of British tourists by as much as 42 percent. More French and Italian tourists are also discovering Slovakia, as their numbers rose by 21 and 17 percent, respectively.

Just as pronounced were increases in tourists from far-off places of the world - from Australia (29 percent) and the USA (23 percent), but neither could even come close to the increase among Chinese tourists, whose number soared by a whopping 115 percent. The rise in tourist numbers also translated into higher revenues from tourism over the first half of 2015 – by an extra €27 million to bring the total to €924 million.

SACR hopes that positive figures for the first half of 2015 have set a good base for a record for 2015.