Slovaks win gold and places at next Olympics

SLOVAK K4 loves Milan – with these words the International Canoe Federation informs about the excellent results of thewinningteam at the K4 Men's 1000m event in Milan on August 23 at the 2015 ICF Canoe Sprint & Paracanoe World Championships. 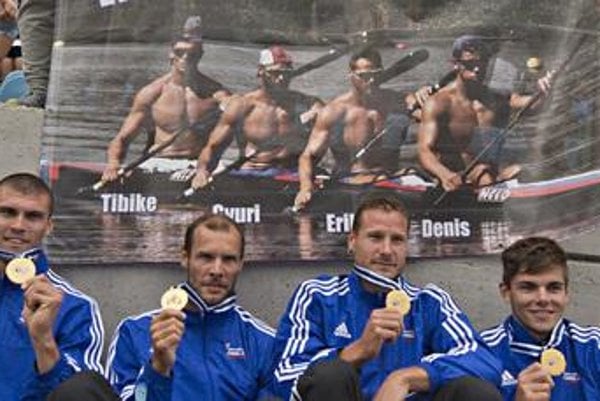 A team consisting of experienced athletes Erik Vlček and Juraj Tarr and 14 years younger Denis Myšák and Tibor Linka defeated Hungary and the Czech Republic. This is the third major win for Slovakia in Milan after two European titles in 2001 and 2008.

In total, Slovak athletes won five spots for the next Olympic Games taking place in Rio de Janeiro next year. Apart from the K4 Men's 1000m, Vlček and Tarr qualified in the category K2 Men's 1000m where they placed fourth in Milan. Peter Gelle qualified in the K1 Men's 1000m category finishing eighth. The last chance for more Slovak boats to qualify for the Olympics will be the qualification event in German Duisburg in May.