Classical music, sports, films, pop-culture – Japan has it all

TRADITIONAL Japanese theatre, dance, gastronomy – these have all been presented to Slovaks within the endeavour to keep and enhance mutual exchange. It turns out, however, that the culture of “the country of the rising sun” still has much more to offer and to be explored and discovered. 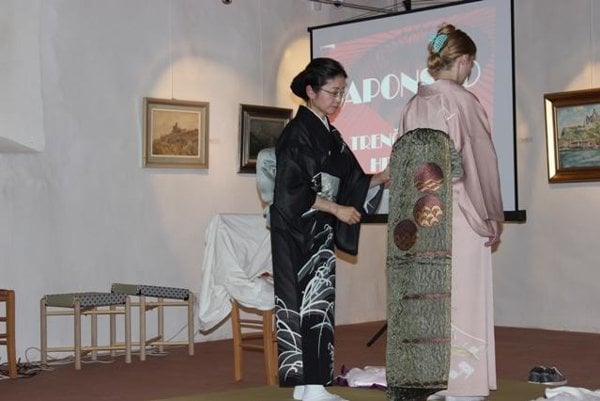 The art of wearing kimonos was presented at the Trenčín Castle. (Source: Courtesy of Japanese Embassy)
Font size:A-|A+1

“Since its establishment, the Embassy of Japan has always tried to present attractive and miscellaneous aspects of Japanese culture to Slovak people to enhance their interest and understanding on our country and its culture,” the embassy informed The Slovak Spectator. “Over the years, we have succeeded in presenting various aspects of our culture from the very traditional (kimono, ikebana, bonsai, traditional music, traditional theatre performances such as Noh and Kyogen, etc.) to the modern, contemporary forms (jazz music, pop culture – manga, anime),” it wrote, adding that every year, they try to bring something new and present a varied and colourful program across Slovakia.

Recently, there was an effort to focus more on the presentation of Japanese cuisine, “as we witness more and more lovers of Japanese foods in Slovakia,” the embassy wrote. In the past few years, demonstrations and workshops of various Japanese foods, not only sushi, but also still less known but interesting aspects of our food culture were organised, such as tea-ceremony dishes “kaiseki”, box lunch “bento” or Japanese rice wine “sake”.

In October 2014, the traditional Month of Japanese Culture – in Bratislava and Nitra – was marked by the Year of Exchange between the Visegrad Four (Hungary, Poland, the Czech Republic and Slovakia) and Japan, aimed at boosting mutual ties and improve cooperation. Each country selected their “goodwill ambassadors”, with Slovakia awarding professor Vladimír Bužek and Japan the pianist and actress Nao Matsushita.

“All the events organised within the Month of Japanese Culture are aimed at deepening the mutual understanding and strengthening the friendship between Slovakia and Japan,” the Japanese Embassy informed. The month was opened by a lecture of Hiroko Nakzawa, Japanese cultural ambassador for 2014, about healthy food in traditional cuisine, with a demonstration of decorative kazari-sushi, miso soup, and other typical meals. In January 2014, washoku – i.e. traditional Japanese cuisine, was put on the list of intangible UNESCO heritage. Other events included ikebana and calligraphy workshops, screening of Japanese movies, an exhibition and a seminar focused on aikido martial art and traditional Ryukyu dance.

Apart from Nitra, aspects of Japanese culture were also presented in Banská Bystrica (within the Week of Japanese Culture in September 2014), in Prešov at a bonsai exhibition in June 2015, and at the Trenčín Castle on June 28.

“Slovakia is not only Bratislava; therefore, we spread our activities in the most possible extent to various cities in Slovakia, and develop cooperation and friendship with local authorities, culture and educational establishments, and last but not least, with local people,” the embassy explained, adding that the feedback received was really positive – like, for example, the most recent event organised at the Trenčín Castle. Thanks to the help of Slovak counterparts and partner organisations, traditional aspects of Japanese culture (kimono, tea ceremony, ikebana, Japanese cuisine, taiko drums) could be presented to about 1000 visitors who came to the castle on that day. 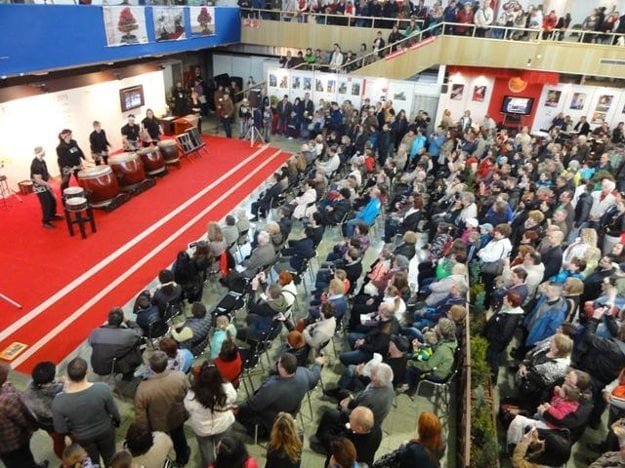 In Bratislava, the photo exhibition of Japanese gardens was shown at the Architecture Gallery of the Slovak Union of Architects, SAS, in the centre. 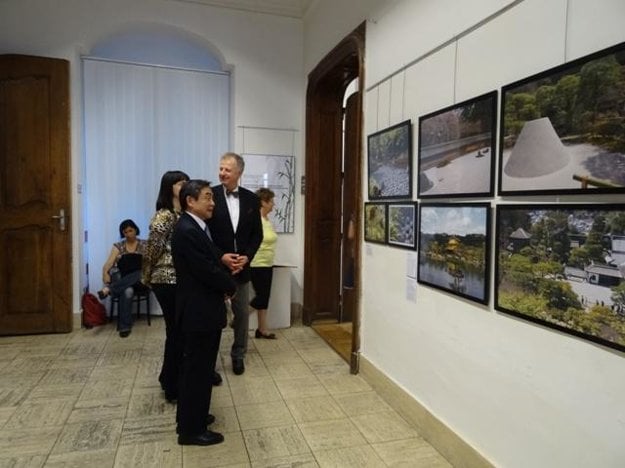 Music, especially classical – but also other genres – is a joint passion of both Slovaks and Japanese. In the 2014/2015 season of Slovak Philharmonic (SF), the first special concert featured, apart from the orchestra conducted by Leoš Svárovský, Japanese violinist Yoe Miyazaki, performing works of Mendelssohn-Bartholdy and Ravel. In October, renowned Japanese jazz pianist Yosuke Yamashita performed with the Lotus Position duo both in Bratislava and Košice. In March, young but already famous Japanese cellist Dai Miyata played in the Slovak capital with the Slovak Philharmonics, while also accompanying the Slovak orchestra on its Japanese tour in June (1 to 12, 2015), as conducted by Svárovský – who is, since 2014, the chief conductor of Aichi Central Symphony Orchestra Nagoya. Other musicians accompanying SF on the tour were Slovak cellist living in Japan Ľudovít Kanta and Japanese violinist Dai Miyata.

As for future plans, the embassy stated that in the second part of this year they plan to continue these activities and spread their events also to Nitra, Banská Štiavnica or Piešťany; while also offering lectures on Japan for primary and secondary schools in and out of Bratislava. “This year, we have slightly changed our program structure and decided to move our activities out of Bratislava,” the embassy informed. “Instead of the cultural festivals organised in the past, we presented to our audience the above-mentioned event Japan at the Trenčín Castle.”

More specifically, as the first event after the summer season, workshops on Japanese cuisine for children with the Ambassador’s chef at the Biennial of Illustrations in Bratislava are prepared, in cooperation with BIBIANA. The autumn will be a music season with a piano concert of the famous Japanese pianist Fuzjko Hemming planned at the Nitra Musical Autumn Festival, and an audio-visual piano concert of a young and talented Japanese pianist and composer Tempei Nakamura will be also organised in Bratislava.

They will be followed later by an exhibition of Japanese woodblock prints “hanga” by a Japanese artist living in Slovakia, and the 3rd Japanese Speech Contest in the end of November, the embassy said. “In addition, in cooperation with the Association of Slovak- Japanese Friendship, we are planning a series of lectures on various subjects, such as Japanese culture, history, economy, cinematography and many others,” they concluded.