Harmony of the unexpected

EVEN cultures and lifestyles perceived as exotic can have some meeting points; or they can have differences that complement one another wonderfully. Those willing to explore this phenomenon can, for example, get a taste of Korean culture – both traditional and modern – as it is richly represented in Slovakia. 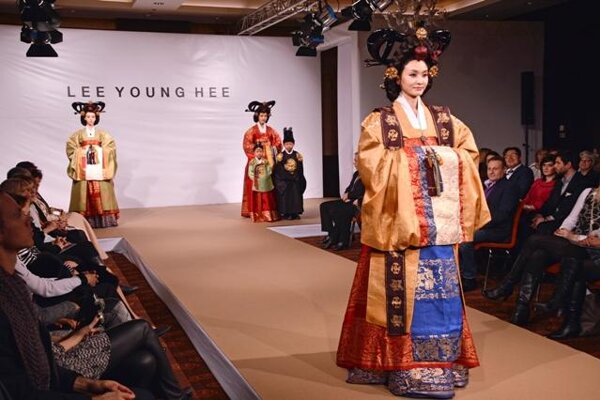 One evening which offered a very direct comparison of these two cultures was the “Slovak-Korean Cultural Night” on November 3, 2014, in which the Slovak folk ensemble Lúčnica joined forces with the Pocheon Municipal Folk Art Company from the Republic of Korea, with both performing the original, as well as stylised and modernised forms of national folklore. In one piece, the Pocheon ensemble even played traditional Slovak music on traditional Korean instruments, creating a thrilling “harmony of the unexpected”. Both ensembles also combined music and dance, offering a complete saturation of the senses.

“The Embassy actively organises various cultural events that present diverse aspects of the culture and lifestyle of Korea,” The Embassy of the Republic of Korea informed The Slovak Spectator. “The list of such cultural events includes a traditional fashion show, a Korean cooking competition and Taekwondo tournaments.” 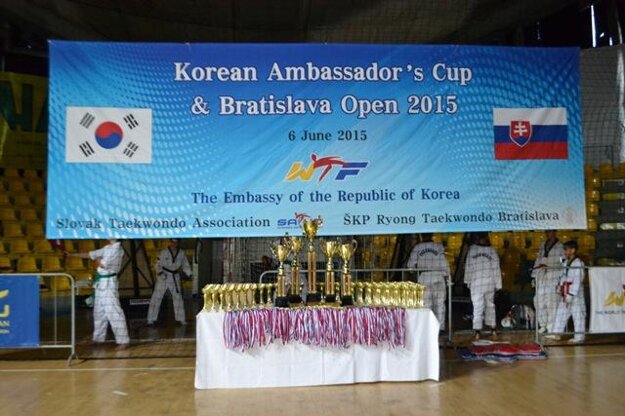 It added that there are also other emerging aspects that might become more visible, like traditional Korean medicine, which is also part of the Korean culture and which may become more popular in Slovakia. “The Jessenius Medical Faculty in Martin offers lectures about Traditional Korean Medicine,” the embassy specified.

On December 3, 2014, a fashion show of Korean designer Lee Young Hee called Costumes of the Wind presented the clothing trends of this country, both historical and modern, to Bratislava audiences.

As for the modern aspects of Korean culture, the embassy pointed to K-pop and Korean movies, popular especially among Slovak students. “They share their love and enthusiasm for our modern pop culture, mostly through the internet, together with millions of other young people from around the globe,” according to the embassy.

Inspired not only by the recent imports of Korean culture, but undoubtedly also, if not mainly, by the growing presence of Korean companies here, Slovaks are showing growing interest in the Korean language and culture. “When it comes to the Slovak students studying in Korea, this year we have recorded an unusual interest of Slovak students, mainly those studying at universities abroad, who are interested in studying more in Korea. We are very pleased to see such a positive trend in student exchange between our countries,” embassy informed.

The core of Korean events takes place in the Slovak capital, but some cultural events are held elsewhere. Kia Motors in Slovakia organised the Kimjang festival last year in Teplička nad Váhom where Slovak employees could learn to prepare the traditional Korean food Kimchi. They could also learn about some specifics of Korean cuisine and Korean culture in general. In 2013, an International Taekwondo Competition was held in Košice, the embassy wrote, with hundreds of players and coaches from neighbouring countries. Also in 2013, photos taken in Korea by Slovak visitors were exhibited for the locals in Trnava.

Classical music is a big passion – both in Korea and in Slovakia – and it could turn out to be the bridging genre for these cultures. On June 25, 2015, The Korean-Slovak Friendship Concert which has already become a nice tradition on the capital’s cultural calendar, presented the Slovak Philharmonics in their residence, the Reduta hall, playing classics – and some arrangements of Korean folk songs – with Slovak violin star Dalibor Karvay, Korean pianist Soo Jin Cha, and Korean singers Myung Joo Lee, Yoon Jong Kook, Youngkwang Yang, as conducted by Leoš Svárovský. 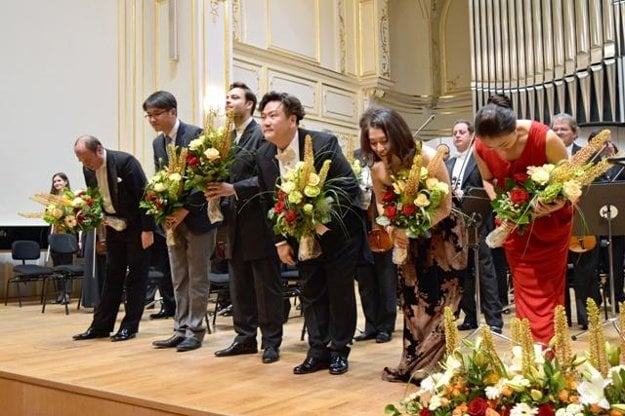 “Such a great reception from our guests proves this tradition is well worth continuing,” the Korean Embassy commented on this event. “There are more exchanges in this classical music field scheduled for the later part of this year. The Korean Symphony is going to participate in the Bratislava Music Festival in October, while the Slovak Philharmonic is travelling to Korea to take part in the Tongyeong International Music Festival in November. In addition, the Korean Government has invited the Slovak ensemble Mucha Quartet to the Korean-Visegrad Music Festival scheduled to take place in Korea in September of this year.”

As for more cultural events in the future, the embassy referred to a one-day presentation of Korean cuisine in November 2015. “The Korean cooking competition has already become a much anticipated tradition, but this time we plan to do something bigger, including food tasting and presentation. Everyone who would like to try and taste the exciting Korean cuisine is welcome!” the Korean Embassy summed up.