While flying discs were not unknown in Slovakia during the previous communist regime, the phenomenon of Frisbee appeared here only after the fall of the regime in 1989. 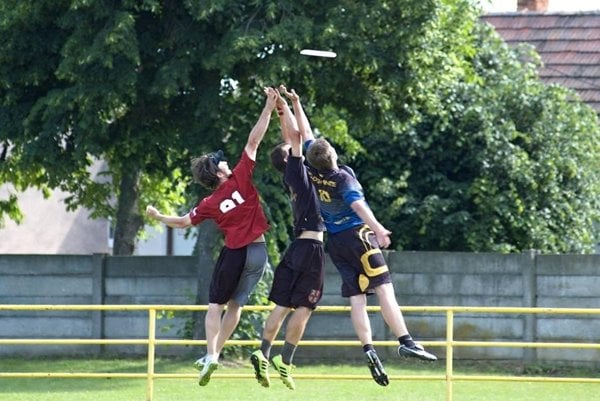 THE PIONEERS were a group of friends who threw the only frisbee they had whenever and wherever it was possible, typically in public parks around Bratislava.

“It was partly a reaction to the growing popularity of disc sports in the West that opened to us in 1989 combined with the help and influence of foreigners that moved temporarily or permanently to Slovakia after the fall of the Iron Curtain,” Richard Kollár from the Slovak Association of Frisbee told The Slovak Spectator.

In 1993, Bratislava sent a small team to an Ultimate Frisbee tournament in Prague and three years later the first tournament took place in Slovakia.

“The next important milestone in Ultimate Frisbee was the establishment of the Slovak National Ultimate League,” said Kollár, adding that it is based around regular tournaments, where the teams earn points that count towards the final tournament. 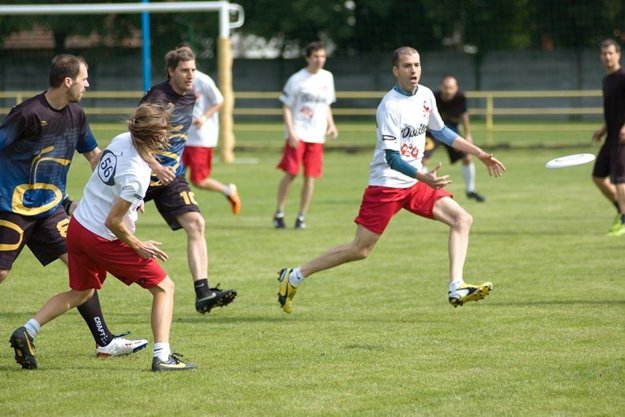 Apart from Bratislava and Košice, it also attracts fans in smaller towns.

“A strong base of ultimate Frisbee can also be found in Senica and Zlaté Moravce but ultimate players are dispersed across Slovakia, although quite often at a given place there are not enough players to form a local club team,” Kollár explained.

Players in Ultimate Frisbee are passing the disc, trying to catch it behind the end line and get points.

“Disc sports are quite unique as the flying disc itself is quite different from a ball or a puck,” said Kollár, adding that the variety of different throws and the strong influence of weather on a flying path of the disc make it interesting and provides a challenge to all players regardless of their experience and skill level.

He points to two interesting facts about frisbee.

“It is the only competitive sport that lacks referees, the games are self-refereed, so the players decide all calls following the Spirit of the Game, the unwritten laws of honour and respect for the opponent,” said Kollár.

“One of the main divisions in Ultimate Frisbee is a mixed division where the team has either four men/three women or four women/three men on the line in each point,” said Kollár.

Ultimate is also played in winter, when it moves from football pitches to indoor halls. There are also other disciplines, for example disc golf, freestyle - disc throws and catches in various gymnastic positions, double disc and accuracy.

“We estimate that Ultimate Frisbee is played on a regular basis in 15-20 Slovak cities by approximately 500 players,” said Kollár. He also confirmed a growing trend in this sport while many people watch Ultimate online too. “More and more young players show up at the team Ultimate Frisbee practices or at disc golf tournaments. Since last year regular classes of ultimate Frisbee are held at Comenius University.”

The World Flying Disc Federation is officially recognised by the International Olympic Committee and was included amongst the candidate sports for the 2024 Olympics.

“In the world of sports it is very likely that Frisbee is the next big thing,” predicted Kollár. “Slovak players overall rank somewhere in the middle of the European ranking with some exceptions.”

The Slovak national team regularly participates at the top level. However, the biggest success so far was achieved by Slovak players in foreign clubs.

“In 2010 five Slovak women players won the European Club Championships in the women’s division with a club based in Prague, Hot Beaches,” specified Kollár. Apart from adult, both Slovak Open and Women U19 teams aspire to be in the world top 10.

As with all non-traditional sports, Frisbee is also struggling with financial issues and would welcome more initiative in this aspect.

“The Slovak Association of Frisbee is receiving regular yearly support from the Ministry of Education, Science, Research and Sport that is mostly spent on support of talented youth,” said Kollár.

However, it is not enough to cover everything. There is also some money from sponsors, but almost 90 percent of expenses are covered by the players and teams.

Amongst future objectives, Kollár listed improving the conditions in the towns and villages and building permanent courses for golf variety.

“In the case of Ultimate Frisbee the goal is to get it to primary and secondary schools as it provides  a perfect sport environment for kids that is both extremely athletic but also completely fair,” added Kollár.

Many teenagers already know frisbee and therefore progressing from just throwing the dish towards Ultimate could be one of the ways how to increase the amount of physical activity.

“On the competitive level, the goal is to succeed at the 2016 World Ultimate Championships in London,” said Kollár. “It is a viable goal, as the current generation of players is strong.” Therefore we hope to hear about Frisbee in Slovakia more often in the near future.