CAGES equipped to tie people up are routinely used in many Slovak police stations, according toOmbudswoman Jana Dubovcová, who claims such places violate the human rights of those detained and is now asking parliament to act. 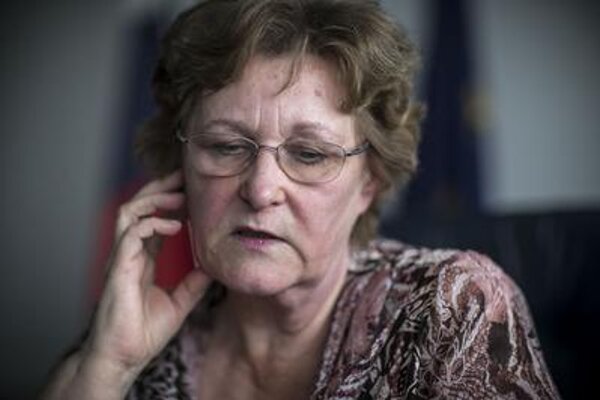 While police insist they only use these unofficial cells in extreme situations, Dubovcová, has found a number of such detention cells in a survey of 19 police stations around the country that Dubovcová and her team of lawyers conducted in the autumn 2014. The report was released in February 2015.

Dubovcová,who has previously clashed with the police and the Interior Ministry over a police raid in the Roma settlement in Moldava nad Bodvou, addressed the ministry with her findings, asking them to do away with the unofficial cells. However the ministry however refused to do so, the Denník N daily reported. The ombudswoman therefore decided to address the parliament with her request, she announced at a press conference on August 20.

Tied up, behind bars

While some of those unofficial detention cells are simply small areas divided from the rest of the room (or corridor) by bars, most of them do not contain any bed, toilet, sink, or even chairs in some cases.

“These areas do not fulfill the conditions that the police detention cell should fulfill,” Dubovcová stated as quoted by Denník N.

At some police stations, people who trespass against the law await the decision whether they would be prosecuted or not in such rooms. In some cases, the detainee might spend up to 24 hours in it, according to Dubovcová’s report.

While the police claim such cells are only used at those stations that do not have a proper detention room of their own, the ombudswoman maintains she found them also in places that do have a proper detention cell, such as in Lučenec. Apart from that, the ombudswoman mentions police stations in Dubnica nad Váhom, Piešťany, Martin, Rožňava, Topolčany, Poprad and Banská Bystrica.

The police claim they need such areas and only use them for practical reasons, when the situation does not allow them to do otherwise: for instance when they need to lock the suspect up while finishing their paperwork, or when the detained person is under the influence of alcohol or drugs and the medical doctor would not allow them to be placed in the proper detention cells, the ombudswoman’s report reads.

Police Corps President Tibor Gašpar rejected he accusations of inhumane treatment of detainees at Slovakia’s police stations and argued that the ‘designated areas’ are only used for short time and only in the situations when the suspects are aggressive.

“The persons do not spend the whole day there, but only the time necessary for performing some required proceedings,” Gašpar told a press briefing in reaction to Dubovcová, adding that persons who do not act aggressively are not placed in those areas. A ‘reserved space’ can be anything depending on the situation - part of the office or the corridor divided by bars, or just a bench, Gašpar noted as reported by the TASR newswire.

The unofficial cells, that the police call ‘designated areas’, are illegal, because the law does not state how to proceed when placing the detained person in it, Dubovcová maintains as stated in her report. When placing detainees in official cells, the police have to follow an exact protocol as described in the law.

“This space, with its look and its equipment, is made for humiliating treatment of persons who are locked up in it, and thus also serves for the presentation of the superior position of the police officer towards the detained person,” Dubovcová states in the report and argues that a person locked up in such unofficial cell has no guarantees that their fundamental rights will be observed.

Dubovcová also considers it serious that the practice of using unofficial cells to lock up detainees is “a long-term, common, and probably also well-known” police practice. She stressed that not only the police but also lawyers need to be more sensitive about human rights and should demand the public authorities to observe the human rights of every person.

The Council of Europe Anti-Torture Committee (CPT) that oversees the conditions for detention has not ordered the Slovak authorities to stop using the unofficial detention cells, after its delegation’s most recent to the country in the autumn 2013, Gašpar told the press briefing as reported by TASR.

The delegation however pointed them out in its report and described them as “small holding facilities destined for temporary placement of persons deprived of their liberty”, some of them “cage-like cubicles, others were small rooms, equipped only with one or two fixed stools or a small bench”.

“The Committee recommends that, due to their small size (sometimes a mere 2m²) and inadequate equipment, these facilities should not be used for holding persons for more than a few hours and never overnight,” the report of the committee reads.

The police have since issued an order not to hold persons in such areas overnight, Denník N wrote.