PETRA Polnišová is a popular comic actress in Slovakia and since her partner and father of her two sons is French Matthieu Darras, she spends part of her life in France. She admits that she is a foreigner in France, but since her stay in France has always a character of holiday she always looks forward to it. 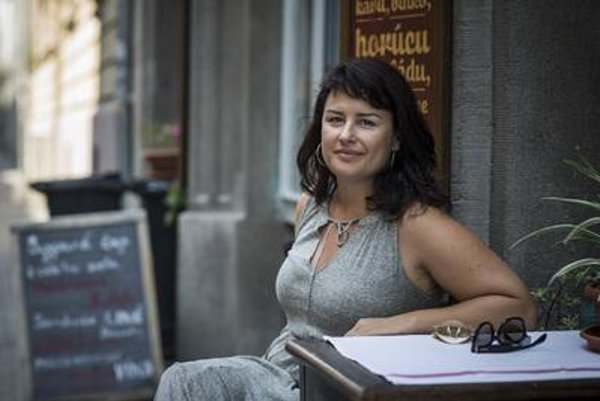 “I am a foreigner [in France],” said Polnišová in an interview with the Sme daily. “But I never have felt animosity from the French; they are used to foreigners.”

She recalls that France used to be a colonial country and it is used to different cultures and thus the mindset of people is different.

“But the truth is that this is bringing along many problems that need to be solved,” said Polnišová, recalling, for example third generations of migrants, who feel being French but when looking for their identity they are returning to their roots. While this is fine for those assimilated, those, who are not, demonstrate their dissatisfaction in a radical way, she said.

In terms of fear which the increasing wave of migration has generated in Slovakia Polnišová believes that passions should calm because fear is often baseless.

“Most immigrants only want to work and live a peaceful life,” said Polnišová. “Several people I have in friend circles express themselves this way in social networks [with a negative attitude about migrants] and I do not have power any more to argue back as I did earlier. This is useless; this raises only further passions. It is difficult to change radical opinions.”

She said she does not have an answer or a solution, but she is sure that it is necessary to help refugees, pointing out that Slovakia in principle is not their target country and that Slovakia’s social system is not at a level enabling them to integrate.

“But we are a civilised country and we espouse human-right values,” said Polnišová. “This is our duty. It is necessary to find a way how to do it. The problem is that solutions are only long term and nobody has nerves and time for them because visible results will be only after tens of years.”

Polnišová believes that people are overcoming fear only with great difficulties because information coming in from the world are mostly negative, there is a lot of them and it is difficult to select from them.

“It’s enough to hear about some cases of rapes in Norway combined with news about the Islamic State and we have it,” said Polnišová. “We have a feeling that all immigrants are like these ones and that by admitting refugees of a different religion we would open a Pandora’s box. In such a situation it is hard to find a political authority on which we can rely. Certainly somebody who says that we will admit refugees, but they must be Christians, is not such an authority.”

Polnišová perceives such a condition as improper, adding: “next time only those with a certain hair style and the length of the nose of three centimetres could come here”. According to her, we can polemise about to what an extent they should adapt to our culture, but this discussion should be held at a cultural level.

“In any case, let realise what luck we have in our lives,” Polnišová told Sme. “And that this luck is not a principle.”