SEEING little help from state Jozef Šóth, the father of an autistic son Andrej, and other parents created a special facility for autistic adults in Drahuškovo in 2007. The centre fights for its own survival year to year. 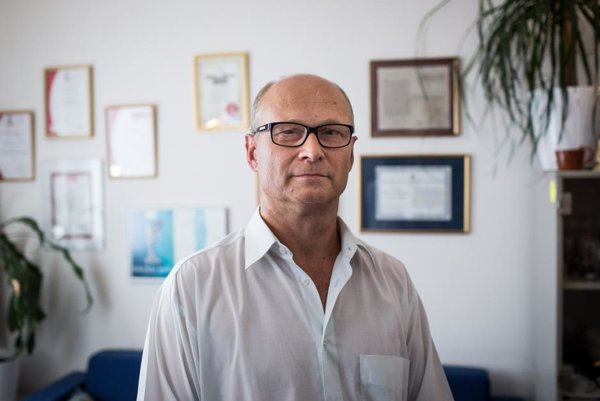 “We decided to not put him away even he needed special and intensive treatment,” Šóth told The Slovak Spectator. “There was no system helping such children therefore we agreed with other people who were willing to create [the facility].”

It is not know what causes Autism Spectrum Disorders (ASD) and there are no official statistics saying how many people in Slovakia have been diagnosed. Professionals can rely only on foreign statistics. Considering the data gathered in Czech Republic approximately 34,560 or six in 1,000 people could suffer from the disorders. Around half of them are able to live independent of other people, according to survey published by Šóth and Kateřina Nakládalová, the head of the Andreas autistic centre.

Each year dozens people approach Drahuškovo seeking help with their children but Public Health Office set capacity of the facility on 10 people. Many times parents close to retirement age come there because they are not able to take care about their child any more, according to Šóth.

“We don’t have any other option just to say: we can’t accept your child,” Šóth said. “Many times I wanted to cry upon seeing adult suffering from the disease, knowing that with professional help he or she would be happier.”

Many people consider autists to be aggressive, disobedient and hard to educate, but this is a result of their isolation said Mária Štubňová, the head of Society for the Help of People with Autism (SPOSA).

However, isolation is exact opposite of what they need. Autistic children should go to school find a job and their place in society, according to French mathematician with Czech roots Josef Schovanec, who suffers from high-functioning autism or Asperger’s syndrome.

He added that people should learn that many autistic people could be valuable part of society. However, the exclusion they experience in their childhood does not allow them to improve their abilities to cope with daily situations, according to Schovanec, who openly talks about his bullying.

“I had critical moments when it seemed that I will not come to school,” Schovanec told The Slovak Spectator. “I was coming back home with tattered clothes because other children thought that I am silly boy and they can do to me whatever they want to.”

On the other hand, there are autistic children who cannot be treated in regular schools which is case of Šóth’s son Andrej. Šóth together with others built Drahuškovo for them and their parents.

Every fifth parent of autistic child has to leave job and limit their social life. Others lost their hobbies, family activities and sometimes even their partner, according to survey carried by Society for the Help of People with Autism, the Pravda daily reported.

“We should see autistic people as big problem for families,” Šóth said. “It happens often that those children destroy families because they are not able to care of them.”

“Only when such persons feel secure, understand some organisation rules and have activities scheduled they can be open to environment and efforts for their education,” reads the Drahuškovo webpage.

However, Drahuškovo does not only help autistic people but also those who were raised in foster homes. They work as employees. The founders decided to do so because they wanted to give a chance to people who may not have been able to develop normal working habits, according to Šóth.

“It was little bit risky but our intentions were good and idea was perfect,” Šóth said.

He went on to say that sometimes founders had more trouble with children from foster homes than the people with autism because they knew little about some daily life activities such as using of credit card. Many of them withdrew all money right after they got their first salary.

“One of them wrote PIN code on card and lent it to his friend who withdrew all his money,” Šóth said. “They should be taught such things in foster homes.”

Currently there are no free spaces for adult autistic people in Slovakia and Drahuškovo is one of few centres providing care. Part of the problem is that the state, particularly municipalities, cover just 30 percent of expenses and the rest of money comes from donors and parents, according to Šóth.

Legislation currently does not order municipalities to cover running of such facility. It only obliges them to give state aid to heavily disabled people.

“It is miracle that we exist,” Šóth said.