SLOVAKIA commemorates the 71st anniversary of the Slovak National Uprising (SNP), one of the key moments in Slovakia’s World War II history, when rebels in the Nazi-allied Slovak state stood up to the oppressive regime. 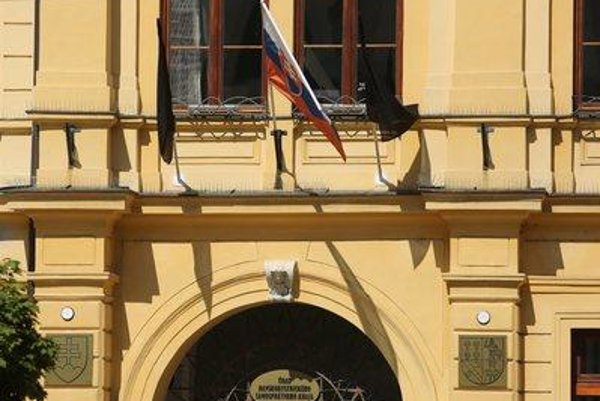 By rising up against the occupiers, Slovaks tried to show the world that most of the nation supported the Allies, unlike the official government of the country at the time.

On August 29, the state holiday marking the SNP, Banská Bystrica region (BBSK) governor Marian Kotleba hung two black flags on the regional authority building. Activist and founder of the SEN movement Eduard Chmelár put a ladder against the facade and took down the flags.

BBSK Office director Milan Uhrík, however, explained for the Sme daily that the black flags were meant to commemorate those who lost their lives in the 1944 Slovak National Uprising (SNP), which affected mainly the area of what is currently Banská Bystrica region. Uhrík described the removal of the flags by Chmelár as an expression of lack of respect for people who lost their lives in the uprising.

General director of the local SNP Museum, Stanislav Mičev described the hanging of the black flags on the regional authority’s building as Kotleba’s “good-bye song”. Mičev added, as quoted by the TASR newswire, that Kotleba has thus expressed his grief that he will not be re-elected. [Kotleba’s four-year term expires in November 2017. - ed. note]

Speaker of Parliament Peter Pellegrini said he was ashamed, as a native of Banská Bystrica, that such a person as Kotleba is at the helm of the regional authority. According to Chmelár, the SNP Day is Slovakia’s most important holiday and he will not allow disparagement of it.

The displaying of black flags was abnormal, humiliating and shameful, Prime Minister Robert Fico said at an SNP event in Uhrovec (Trenčín region) on the same day. “Today we have a state holiday we should be proud of, instead of denigrating and desecrating it in this way. I believe that the Slovak public will react appropriately to this wickedness that happened today in Banská Bystrica,” said Fico, according to TASR.

According to several sources, the black flags were hung by Kotleba (People’s Party-Our Slovakia), who is known for his critical views of the SNP. Kotleba in the past described the SNP as a “black day” in Slovakia’s history and a rebellion against one’s own state. In 2006, he called the SNP treason and labelled SNP celebrations as Communist events organised with state money.

The 2015 celebrations of the SNP were slightly toned-down compared to the previous year which was the 70th anniversary and included also many foreign visitors, attracting thousands of people and was comprised of events at several venues across the country, mainly the central-Slovak region. Romanian Parliament’s Chamber of Deputies chair Valeriu Zgonea attended the Banská Bystrica celebration.