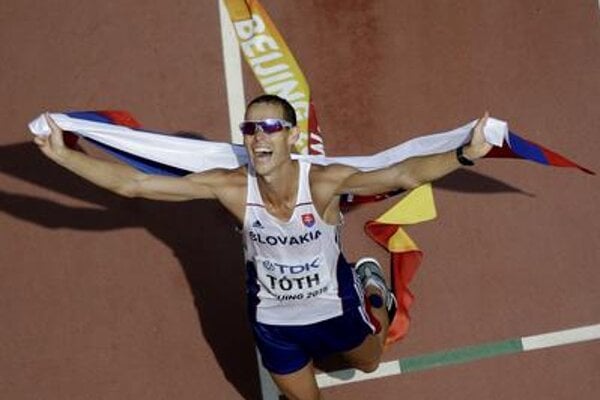 Thanks to the Beijing victory, he has earned 29 points and will also receive a $25,000 bonus, the SITA newswire wrote. Tóth, coached by Matej Spišiak, has collected points for the IAAF series in Dudince, Slovakia; Murcia, and in Beijing.

Also another Slovak race walker Dušan Majdán ended in a nice position – 30th, and fulfilled the limit for automatic nomination for the Olympic Games in Rio de Janeiro.

Majdán finished 15th overall in Beijing; while Tóth's feat is the best since Slovakia won independence in 1989 – it is even better than legendary race walker of Czechoslovakia, Jozef Pribilinec, who won several medals, but only silver and bronze.

“I had even some reserves,” Tóth said, as quoted by the Sme daily. “Already in the beginning, I felt well, and that’s why I decided for a long breakaway. It was the easiest fifty-kilometre race in my life,“ he concluded.