Grape crop appears to be good, but quality of wine remains questionable

MOST winegrowers in Slovakia are beginning to collect grapes these days, with those from the Small Carpathian Wine Growing Region (near Bratislava) saying that the crop appears to be good, even though the drought and heat have been a bit too strong this summer. 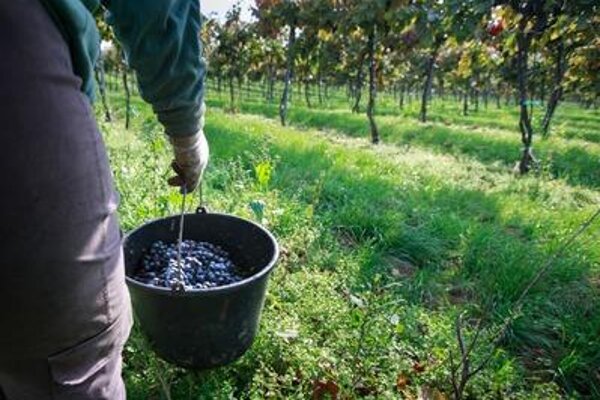 “The development and the health condition [of grapes] is good so far,” said Modra (Bratislava region) based viticulturist Fedor Malík Jr, son of well-known oenologist professor Fedor Malík as cited by the TASR newswire. “Nonetheless, the quality and character of wine will not become clear until as late as autumn.”

Winegrower Milan Skovajsa from Pezinok (Bratislava Region) appeared to be optimistic, noting that when it comes to vine diseases, this year has been without any significant problems.

“We were able to reduce the amount of chemical spraying and use only preventive substances in many cases,” said Skovajsa, adding that a short rain spell in the second half of August following a long period of heat also helped the grapes. Skovajsa was also happy with the current sunny weather.

“Let’s hope that it won’t be complicated later, and we’ll be able to produce quality wine that will feature among the best vintage years,” said Skovajsa.

Meanwhile, viticulturist Jozef Zvolenský from a family firm Terra Parna based in Suchá nad Parnou (near Trnava) said that he will begin with the harvest somewhat later. Compared to another dry year – 2012 – it is going to be three weeks later. He claims that the extreme heat and drought this summer stopped the maturation of grapes.

“In 2012, which was similarly warm, we began [the harvest] on August 21. That year was dry, but it had more precipitation nevertheless,” said Zvolenský, adding that people who don’t grow wine themselves would say that the hotter the weather, the better the wine.

“There’s no equation saying that extreme temperatures equal extremely good wine,” said Zvolenský as cited by TASR. “We can see that immature grapes have remained on individual clusters ... This may affect both the quality and quantity of wine.”

According to Zvolenský, everything needs to be balanced in nature and quality of wine is not only about sun.

“Wines can lack something, because if the process of maturation is stopped, certain components in the grapes don’t develop such as when conditions are optimal,” said Zvolenský. “For example, white wines can be somewhat less vivid this year.”