THE SLOVAK constitution should protect agricultural land from being sold to foreigners, according to Prime Minister Robert Fico. 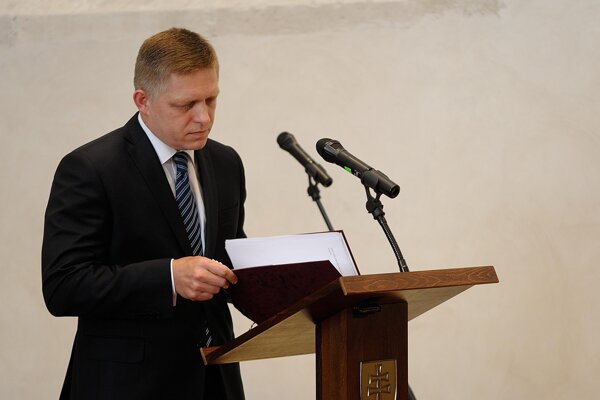 This he stated during his speech on the occasion of the 23rd anniversary of adopting the constitution.

“The lawmakers in 1992 could not predict all aspects of Slovakia’s development and they particularly could not respond to all risks it brings,” Fico said, as quoted by the TASR newswire. “Thus I consider it right to open the question of the constitutional protection of the agricultural and forest land against its sale to foreigners.”

The agricultural land is closely linked to Slovakia’s food self-sufficiency, according to the PM. While Slovaks cannot buy land in, for example, Denmark, there is some land in Slovakia owned by foreigners.

“We cannot silently tolerate this,” Fico continued, as quoted by TASR.

He expects that when we start adopting steps to protect the land here, we will face resistance in Europe.

“But the land is Slovakia’s strategic element and we have the right to find appropriate constitutional protection against its cheap transition to foreigners’ hands,” Fico said, adding that the constitution has been amended several times without changing its basis.

When pointing to changes which removed specific problems, he mentioned the abolition of the criminal immunity of politicians, separating the functions of the Supreme Court president and the Judicial Council chair, the constitutional protection of the family and water laws. Land should be protected by the constitution as well, he stressed.

Also Speaker of Parliament Peter Pellegrini says constitutional protection of the land should be discussed.

“For our own safety it is necessary to have trading of land under control,” Pellegrini added, as quoted by TASR.

He does not know whether the parliament will discuss this issue during this tenure, but if the situation changes dramatically and becomes disadvantageous for Slovakia, “the parliament will probably have to discuss it sooner”, as reported by TASR.