It’s not been a bad summer for Slovakia. 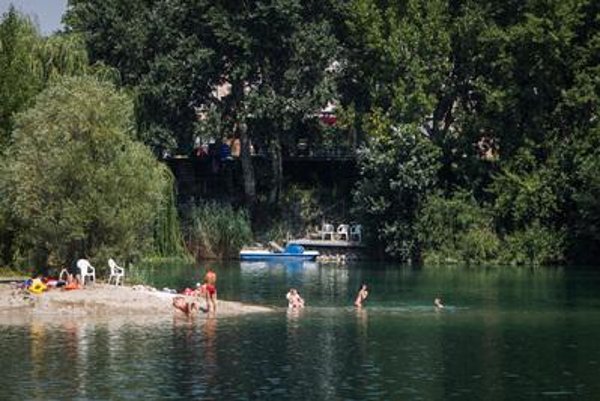 TO START with the obvious, the weather has been astonishing. Assuming you don’t mind swimming in lakes and gravel pits rather than the sea, the traditional Wacky Races-style charge down to the Adriatic has never seemed more pointless.

The recent addition of air-conditioned buses and a fleet of brand new and very spiffy trams (thank you, European Union) has made travelling around by public transport, in Bratislava at least, almost tolerable despite the extreme heat.

When you do venture further afield, Slovakia does not suffer so badly by comparison. To take one example, the highways are increasingly good – leaving aside that ludicrous three-lanes-with-no-shoulder section of the D1 between Bratislava and Trnava – comprehensive – even southern Slovakia, long neglected, is now, slowly, getting a highway – and cheap: for the cost of a single return drive across northern Italy on tolled highways you can drive all year on Slovakia’s entire network.

Even the driving itself seems to have calmed down slightly. Maybe now that so many people have newer cars, fewer of them feel the need to advertise the fact by driving like idiots?

And on the subject of wheels, the news that another large car plant will be arriving in Nitra means that the wealth that has remained largely confined to Bratislava should now spread further into the regions. Slovakia risks being left over-dependent on a single industry – but of all the problems it could face, that’s not such a bad one to have.

The crowning irony of the summer may have been the sight of Slovak government ministers, of all people, lecturing fellow eurozone members during the Greek debt negotiations on their lack of fiscal rigour – to stern nods of approval from the Germans.

Less than twenty years ago, Vladimír Mečiar campaigned on a deluded promise to turn Slovakia into a sort of Carpathian Switzerland. Rather embarrassingly for him, even the ’Slovak’ mountain scenery he inserted in his campaign ads – beside the caption “the country of your heart” – turned out to be photo-shopped Swiss peaks.

Those peaks remain distant – no one visiting the national disgrace that is Bratislava’s main railway station leaves with an impression of Alpine efficiency – but this summer they have occasionally seemed ever so slightly closer.