THE NUMBER of universities in Slovakia could be reduced if five schools fail to rectify their shortfalls found by the state Accreditation Commission. 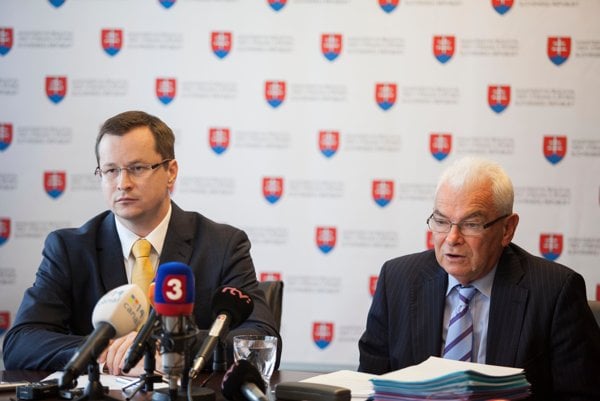 The results of the comprehensive accreditation review, presented in late August, revealed several problems in the Slovak university system, particularly low publication activities among PhD students. Though experts agree with the accreditation results, they added that to address the deficiencies it is necessary to better support scientific work at universities.

The most problematic schools are the Catholic University in Ružomberok, University of Alexander Dubček in Trenčín, Constantine the Philosopher University in Nitra, Matej Bel University in Banská Bystrica and the University of Veterinary Medicine and Pharmacy in Košice. If these universities fail to rectify their problems within 12 months, the education minister could file a proposal to strip them of their university titles.

“Based on the results, the Accreditation Commission raises a warning finger,” Education Minister Juraj Draxler said, as quoted by the SITA newswire.

The rectors of all five schools responded that they believe they will rectify the problems and will successfully defend their university’s accreditation.

The Accreditation Commission evaluated 22 universities  that it considers to be excellent or good in the years 2008-2013. The worse schools will be scrutinised later, SITA wrote.
In addition to the above-mentioned universities, the School of Management of the City University of Seattle in Trenčín also failed to meet the criteria but it currently does not have university status. Moreover, the University of Economics in Bratislava (EUBA) only marginally managed to meet the commission’s criteria.

One of the biggest problems noted by the commission was lack of publication of scientific works in international journals and their disproportionate publication in the Slovak language. The publishing activities of Slovak academics are generally low, which is also one of the reasons why the country does not succeed in international rankings, said Renáta Králiková from the Slovak Governance Institute.

She said one way to increase the number of published scientific works is creating pressure, which is what the Accreditation Commission is doing, adding that better support for research is needed.

This is a problem, however, as Slovakia does not invest enough into science, at only 0.5 percent of GDP, compared to the European Union’s average of 1.8 percent, which means it is one of the lowest in the EU, said Martin Putala, chair of the Higher Educational Council (RVŠ). Other countries of the Visegrad Group, which had a similar start, have a much better track record.

“Paradoxically, we top the lists of effectiveness of publications – in the amount of finances invested in publication,” Putala told The Slovak Spectator.

He added that to support science a stable grant scheme is needed as well as to complete research infrastructure and support qualified staff and operational costs. He said another way to increase the quality of research is to achieve “the critical mass of research potential”, meaning better connections between universities, the Slovak Academy of Sciences and research institutes.

Among the biggest achievements noted in the accreditation review is the reduction in the number of detached university sites from 110 to 20, said chair of the Accreditation Commission, Ľubor Fišera, as reported by SITA.

But schools still have not tackled the problem of so-called “flying” professors, i.e. those who simultaneously guarantee degree specialisations at several schools.

“The problem is that the specialisations are guaranteed based on a university degree,” Králiková said, adding that this could be solved if anyone who is good at science and education was allowed to guarantee specialisations.

The commission also pointed to the high average age of university employees and the large number of external teachers at some schools, SITA reported.

All in all, the Accreditation Commission managed to set a comparable level of difficulty in evaluating all research fields, Putala said. Though some evaluations described as international quality do not correspond with it, since they were based on Slovak conditions, there was significant progress compared to the previous comprehensive accreditation, he added.

“The shortfalls should be perceived as recommendations to improve the quality of education and research,” Putala told The Slovak Spectator.

He also disagrees with only having schools defined as universities in Slovakia, saying there should also be colleges that graduate students based on specific needs of the market.

In addition to the deficiencies revealed by the Accreditation Commission, some Slovak universities and colleges also do not provide quality education, said Králiková.

“The focus is on scientific production but we are not interested in whether students learn something from it,” Králiková added.

Putala also noted the lack of openness towards foreign countries, the inability to internationally promote quality results and unwillingness of companies to cooperate with schools.