THE POLISH van that collided with a Slovak car on September 3, killing a 32-year-old backseat passenger, was carrying 23 Syrians (20 men and three minors), who attempted to escape from the scene, Martin Wäldl from the Police Corps communication department told the TASR newswire on the same day. 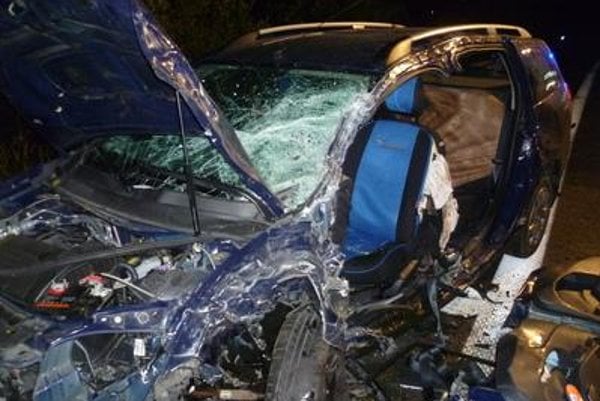 According to available information, a total of 23 foreigners were being carried in the van. The Syrian men were aged between 18 and 53, while the three minors were 13, 15 and 17 years old, respectively.

“After searching through the surrounding area, we gathered the foreigners and took them for questioning to the District Police Department in Čadca,” said Wäldl, as quoted by TASR. “The foreigners were travelling from Hungary to Germany,”

The accident occurred in front of the Horelica tunnel near Čadca (Žilina region). According to Žilina Region Police HQ spokesperson Jana Balogová, the 57-year-old driver of the Polish van was driving in the wrong direction on the road between Žilina and Čadca.

This resulted in a head-on collision with a Dacia Logan vehicle that had a 33-year-old driver from Čadca at the wheel. The traffic accident caused the death of a 32-year-old passenger who was sitting in the back seat of the Dacia Logan, TASR wrote.