Today’s crisis in Poland’s state coal sector offers lessons that future Slovak leaders might be wise to take note of. 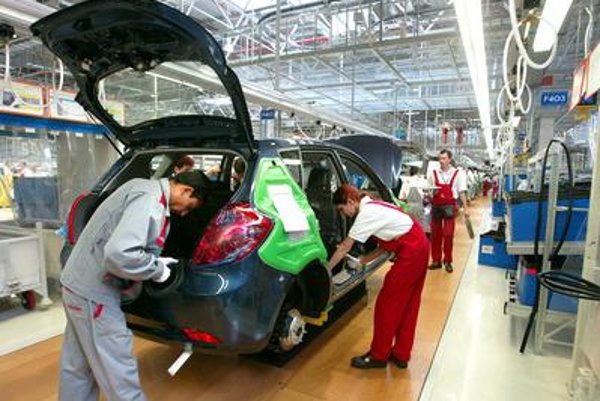 As Slovakia moves towards greater reliance on the automotive industry – with the announcement of a new Jaguar Land Rover plant in Nitra – it is worth considering the political distortions a single powerful industry can cause.

I originally come from Detroit and have a lengthy list of the ways car companies, unions, corporate lobbyists and politicians in perpetual campaign mode can destroy a place. On their own some of these groups are well meaning, but they all can contribute to a poisonous mix where well-organised, but limited private interests overtake the greater public good.

Poland’s state coal sector offers an even more local, current example. Though the situation in Slovakia is different – the auto industry is firmly in private hands – like Polish coal, the needs of Slovak carmakers will increasingly dictate state policy.

A new, less ambitious plan counted on getting several large energy companies – partially state owned, but also with private shareholders – to buy KW’s biggest loss making mines and part of their massive stock of unsold coal. Unfortunately, it turned out board members from the profitable energy companies were not interested in buying mines just to help the prime minister’s re-election bid.

In 2014, the Polish state mining sector lost about 2 billion zloty. KW now looks like it will run out of money by the end of September, meaning none of those workers would receive salaries for digging up coal that nobody buys. After a year with no progress on fixing things, Kopacz looks set to lose the election too.

Miners are understandably opposed to losing jobs and the fate of tens of thousands of people is important, but Poland is a country of 39 million people. If you are running a national government with the intent of doing the greatest good for the greatest number propping KW up no longer makes sense.

The Slovak automobile industry is not failing, it is booming – today. But the state is also increasingly willing to develop policy for the industry. They offer land and tax incentives for factories and create so-called dual education, a massive state subsidized worker training programme for car makers. The Fico government rushed to rewrite laws on foreign investment to attract Jaguar Land Rover before the spring election. Nobody from the political right, left or centre can afford to oppose the interests of the automobile industry anymore.

Detroit, driven by the automobile industry had a great economic run but required an outright collapse to reorient its economy for the 21st century. Poland resists the inevitable need for change. A Slovakia making lots of cars looks great, but Slovakia as a car factory is a dead end.