FOLLOWING THE death of Milan Karabín on August 30, the Supreme Court panel chaired by Juraj Kliment has appointed judge Peter Hatala as his replacement. 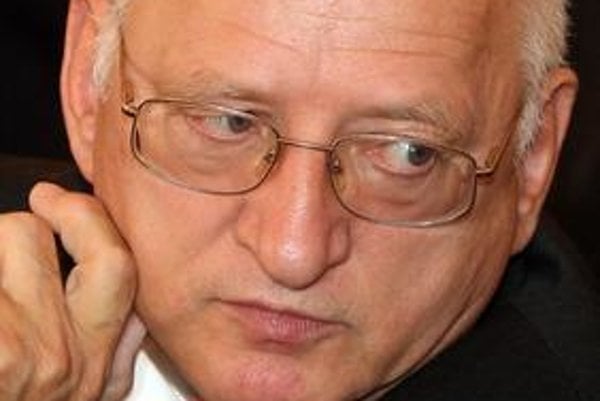 This change has already been announced to the SITA newswire by Kliment himself. This is another change in the line up of the panel which promptly deals with criminal cases. Since the beginning of September, former justice minister and former chairman of the Supreme Court and the Judicial Council, Štefan Harabin, has been allotted to this panel.

“Including Mr. Harabina into our panel has not been a subject of negotiations up until now,” Kliment said, as quoted by SITA. “This change is valid, and we in this instance will keep our original positions,” he added.

Kliment’s panel announced it would not accept the change of schedule concerning Harabin, as it had not been legally discussed with the judges involved. “Judge Harabin is listed in the 5T panel [the one led by Juraj Kliment], but he will not participate in the panel’s activity because of the above mentioned reason,” judges Juraj Kliment, Milan Karabín and Peter Szabó presented their opinion. Another reason for the stalemate situation is the “protracted professional and moral disharmony between the original members of the 5T panel and judge Harabin, which prevents any professional or inter personal communication”, SITA quoted them.

Previously Harabin had sat with Gabriela Šimonová and Viliam Dohňanský. As of September 2 Šimonová will be working on a panel with Martin Piovartsy and Pavol Farkaš. Dohňanský will work on a panel with Štefan Michálik, Daniel Hudák and Peter Hatala.

The situation in the Supreme Court’s Penal College has become complicated after two panels had issued different verdicts in rulings in a case involving the Interior Ministry’s inspectorate and the Veľký Krtíš’s judge Milan Varga, who was sentenced in the Czech Republic for driving while under the influence of alcohol.

Karabín – whose funeral takes place on September 8, was a staunch critic of Harabin.