Kiska: Attitude to migration crisis to define the character of Slovakia

We will lose the struggle for the character of Slovakia if we do not refrain from hate speeches, President Andrej Kiska said in his official statement to migration crisis. 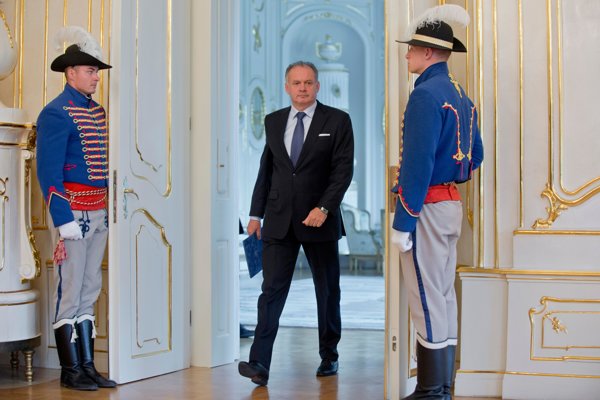 Helping refugees is the expression of basic humanity and solidarity, President Andrej Kiska stated in his statement regarding refugees, which he delivered on September 7, in reaction to, among other things, the conclusions of the summit of the Visegrad Group prime ministers in Prague on Friday.

The debate cannot be narrowed down purely to the issue of quotas, Kiska said in his speech.

"We will always have our own problems, but that does not mean that we should close ourselves in and not help others," Kiska said in his speech as quoted by the Sme daily.

Kiska called upon the citizens of Slovakia to refrain from any expressions of racism.

President Kiska also reacted to the words of Prime Minister Robert Fico who over the weekend commented on several political shows on the public RTVS TV channel regarding the current situation. Economic migrants coming to Europe must be distinguished from those who flee their home countries genuinely fearing for their lives, health, freedom or food security, he said.

“Is a person who shells out €5,000 to a smuggler really impoverished? Look how many of them are young men seeking jobs, it’s 90 percent of them,” said Fico. Slovak PM is convinced that if the influx of refugees is to be stopped, the UN and EU must contribute to stabilising their home countries.

Kiska on the other hand argued that anyone who lives in fear for their life would be ready to pay everything they have to save themselves.

"I perceive the debate we lead about migrants and refugees as an important struggle for the heart and character of Slovakia," Kiska said.

Kiska's statements differ from the conclusions of the summit of V4 prime ministers on September 4 in Prague, where they refused the quotas that the EU requires for re allocation of refugees among member states. 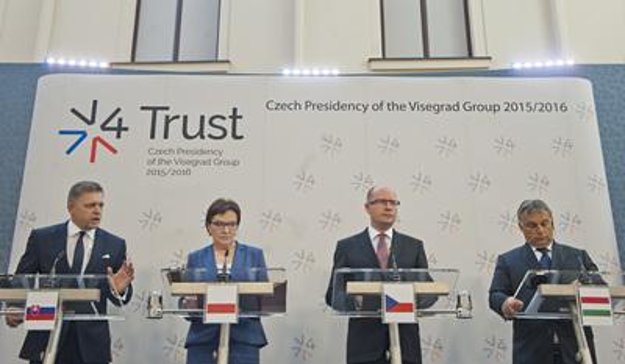 Prime Ministers of Slovakia, Poland, Czech Republic, and Hungary, demanded better protection of external borders of the Schengen Area, more efficient defence against smugglers, a better policy for returning refugees to their country of origin, and they also support the international coalition in the fight against the Islamic State, the Sme daily reported.

The V4 prime ministers concurred that all EU-member states should contribute towards finding “adequate and long term solutions” to the migrant crisis. The V4’s involvement would, for instance, translate into financial and material aid for countries with a high level of refugees such as Turkey, Jordan, Iraq and Lebanon as well as providing experts and technical equipment for securing the EU’s external borders, the TASR newswire wrote.

Fico even said that Slovakia is not able to integrate people of a different culture and he continued to say that the current refugee crisis should be solved where it originated, in Syria and Libya, even if it means using military action if United Nations gives the mandate, Sme quoted him as having said.