THE TRIENNIAL of Posters Trnava (TPT) is an international competition of artists that takes place every three years and its 2015 laureates are now being exhibited in the Ján Koniarek gallery in Trnava. 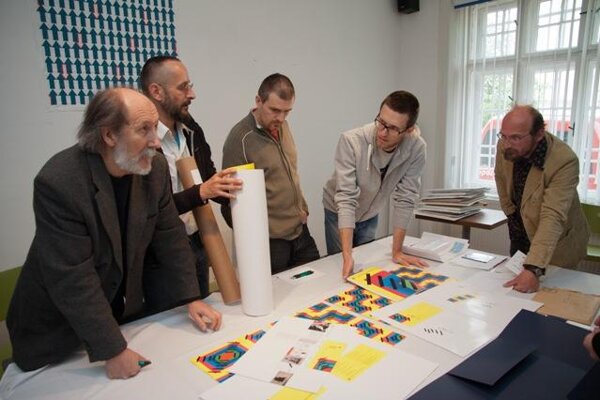 The TPT Grand Prix 2015 went to Alain Le Quernec of France, the TASR newswire wrote. The jury bestowed the Masters Eye Award on Stefan Sagmeister of the USA. Some other prizes, .e.g. for students or one by a design centre, were also awarded. Names of winners were announced at a ceremonial opening of the exhibition on September 3. Almost four hundred posters will be exhibited in Kopplova Villa, Kríčková 2 in Trnava, until November 29. The festive awarding of winners will take place on October 15.

This edition of TPT includes a total of 3,564 posters by artists from 50 countries from all continents. Of the total number of posters (369) presented, 175 made it into the finals, out of which the international jury selected the best ones. Slovakia was represented by Julo Nagy in the jury. (Some other accompanying exhibitions and events like the exhibition of Nagy in the Médium Gallery – also take place in Bratislava.).

TPT is one of the biggest, most respected and most important events of its kind, worldwide.