Death of a three-year-old boy faces Europe with a choice between humanity and tradition. 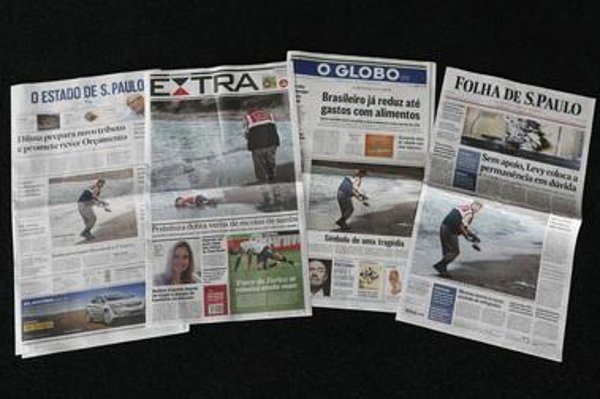 It was one of the most memorable images of the twentieth century, and effectively ended the Vietnam War. Kim Phúc, aged nine, was photographed in the summer of 1972 running naked and horribly burned after a napalm attack on her village. Her agony and despair moved millions of Americans to reject their government’s policy of “containing” communism by indiscriminately raining fire on innocents from the sky. The Cold War be damned: nothing could justify such bestiality.

Decades later, another wrenching, iconic portrait has scorched Europe’s conscience and discredited its policy of “containing” migration by looking the other way. It was of Aylan Kurdi, aged three, lying face down in the surf on a fashionable Turkish beach, his lifeless arms by his side and his tiny shoes still snug on his feet. He was among 12 people who had drowned when their boat bound for Greece capsized.

The fate of Aylan, and thousands like him, suggests that Europe’s 2004 expansion was a rash project – not in terms of economics, but of basic values. Germany has opened its arms to Syrian migrants, but Hungary has blocked their westward passage; European Council President Donald Tusk has called for the “fair distribution” of at least 100,000 migrants, but Slovak Prime Minister Robert Fico is still rejecting quotas. As if Europe’s oldest members had learned something from the bitter experiences of the 20th century, while its newest members were still beholden to crude tribalism and paranoia.

Perhaps the image of Aylan’s corpse, pathetically dressed in his travel clothes, will soon be forgotten. It wouldn’t be the first time. Indeed, one of our first such memento mori was the Raft of the Medusa, by French painter Géricault in 1818. It depicts the victims of a shipwreck on a raft, desperately waving to a tiny sail on the horizon. The pathos of the painting is that we don’t know if the ship has seen them; if it is approaching or receding. And even, in the uncertain light, if this is morning dawning; or night falling.

Maybe that’s the ultimate truth of this current human catastrophe: we have to choose between day and night. No amount of stalling or negotiating is going to prevent millions of migrants from Africa, Asia and the Middle East from coming to Europe in the coming years. Our planet is changing, and just as we all share a climate, so too will we also soon share responsibility for housing the victims of dysfunctional countries. We can stay true to our Christian values and help them. Or we can let the night of tribal paranoia fall on all of us.

If Aylan’s corpse doesn’t move Europe to act, then our traditions be damned. To hell with Christianity, and to hell with us too.