SYSTEMATIC repressive action by the police goes hand in hand with ineffective investigations of police misconduct, while the government still denies the systematic practice of involuntary sterilisations of Roma women. 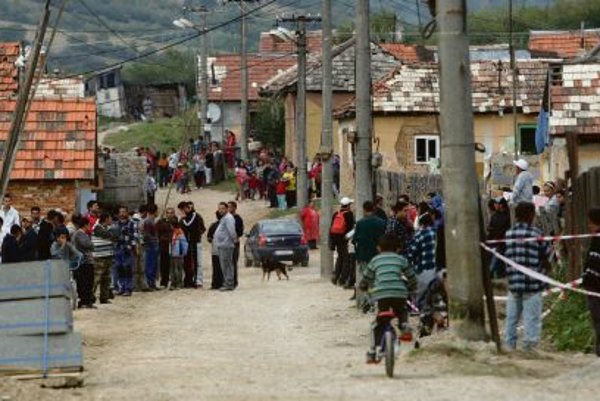 This stems from the latest report issued by the United Nations Committee against Torture (CAT), which confirms the concerns raised by the European Roma Rights Centre (ERRC) and Centre for Civil and Human Rights, a Slovak human rights non-governmental organisation.

Despite recognising some positive developments since the last review, the Concluding Observations on Slovakia issued by CAT includes a hefty list of concerns and recommendations to the government. Several of these address critical issues which the ERRC and Centre for Civil and Human Rights have been bringing to the attention of the Slovak government and CAT for years, reads the official ERRC press release.

The ERRC also points to the July press event at which the UN and Ombudswoman Jana Dubovcová repeatedly warned the government about these outrageous policies.

“We are obliged to report human rights violations to international bodies in order to convince the Slovak government to act,” ERRC Executive Director András Ujlaky said, as quoted in the press release. “The UN has made it clear that the government should state at the highest political level that there will be no tolerance for excessive use of force by law enforcement officials, including against members of ethnic minorities.”

CAT expressed its concerns about cases of excessive use of force by police against Roma, including minors. Part of the problem is that investigations into allegations of such ill-treatment are carried out by a department within the Interior Ministry. The same body is employing, supervising, and investigating the alleged perpetrators. CAT also noted that no charges have yet been brought against the police officers who participated in the raid on 19 June 2013 on the Roma settlement of Moldava nad Bodvou (Košice Region). CAT also expressed its concerns with the decision of the District Court in the case of 10 policemen who physically abused and inflicted other degrading treatment on six Roma juveniles in Košice.

“The Committee urges Slovak authorities to independently and effectively investigate all cases of involuntary sterilisations of Romani women and to introduce an adequate compensation scheme for the harmed women,” said Vanda Durbáková, a lawyer cooperating with Centre for Civil and Human Rights, as quoted in the press release. “It is unsettling that the government has been ignoring a large number of recommendations from international bodies as well as its international human rights commitments on this issue. Without effective investigation in place we can only guess how many Romani women in Slovakia have been affected by the practice of involuntary sterilisation.”

CAT recommends that the government investigates promptly, impartially, and effectively all allegations of involuntary sterilisation of Romani women and provides victims with fair and adequate redress. Medical personnel who have conducted sterilisations without free, full, and informed consent should be held criminally liable, prosecuted, and punished.