PROMPTED by pictures from foreign refugee camps Slovaks spontaneously started to organize themselves with the aim to help migrants staying there. On the other hand, NGOs focused on refugees integration run in emergency regime because they cannot currently draw money from euro funds. 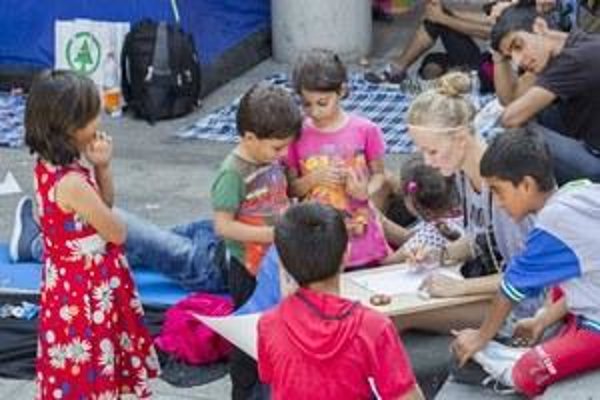 Initiation Plea for Humanity calling on the government to draft an action plan for the support of refugees publishes some organisations and individuals willing to help on its website. Some of them are individual actions launched on social networks. Others –  such as ktopomoze.sk (who will help) initiative  – have aim to become more professional organisations.

Even President Andrej Kiska noticed such activities expressing his gratitude during his September 7 speech.

“I wish to thank the hundreds and maybe thousands of Slovaks who provided, over the last few days, humanitarian assistance to refugees in Austria and Hungary as private individuals, using their own resources and their own cars,” Kiska told the press. 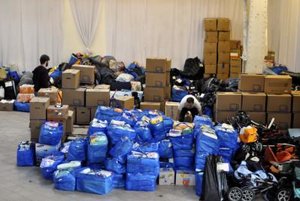 For example international organisation Magna Children At Risk announced that it will help refugees in Hungary and Austria. Rather than providing clothes or food the organisation launched the distribution of hygienic packs in refugee camps but also in places where they stay just for a short time such as train stations or border crossing.

“Face-to-face humanitarian catastrophes, violence and poverty may hygienic packs be the difference between illness or health for whole families,” Martin Bandžák, Managing Director of Magna told The Slovak Spectator.

People in Peril NGO announced opening of the public collection for migrants in late August. Collected money will be used for purchasing items most needed at the spots, where refugees are being helped by volunteers, and their transport. It also collects blankets, sleeping bags, sports shoes and underwear.

Besides NGOs which has been operating in Slovakia for a long time also spontaneous initiatives uniting volunteers recently occurred in Slovakia. One of the most popular is ktopomoze.sk (who will help) initiative which united more than 1,000 of them. It is roofed by the Ladislav Hanus Fellowship (SLH), the civic association of Christians.

“We felt the need for helping people in Middle East who had to leave their homes due to military conflict,” SLH head Juraj Šúst told The Slovak Spectator. “At the same time we wanted to show that there are many people in Slovakia willing to help for free.”

The initiative is now running survey among volunteers to learn more about them and ways how they want to help. It wants to turn to more professional organisation and cooperate with other ones, according to Šúst.

Using social websites also individuals organise volunteers who want to help in refugee camps or provide food and necessary material. For example, Adam Sipos a Dominik Smrek organise public gathering in Bratislava on October 1 to express solidarity with refugees and at the same time advise people how to help them in practical way. 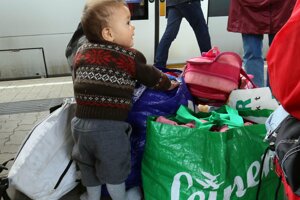 Read also:Hope for the Visegrad region from the train station in Vienna Read more

Even foreigners in Bratislava created a group Refugee Crisis Bratislava Volunteers on social networks where people share the latest information from refugee camps about what is needed there.

“People have been able to organise themselves to help each other for hundreds of years,” Sipos and Smrek told The Slovak Spectator. “We are people and we don’t know when we will need a help as well.”

Also some public figures such as film maker Wanda Adamik Hrycová, actess Petra Polnišová or Dana Kleinert, the fashion and textile designer of The Slovak Fashion Council use social websites for organising help.

Even NGOs focusing on integration of refugees accepted in Slovakia notice increasing numbers of volunteers willing to help. On the other hand, the public debate spreading hatred towards immigrants made work for Catholic charity Caritas Slovakia more difficult, according to its Secretary General Radovan Gumulák.

“We cannot find them doctors because people are afraid, we cannot find them a accomodation because flat owners say that everything is occupied right after they learn that family comes from Iraq,” Gumulák told The Slovak Specatator.

Moreover in situation when Europe deals with one of the biggest humanitarian crisis since World War 2 organisations cannot draw eurofunds connected to integration of refugees. Two projects financed from European fund for refugees has ended on March 31 and Slovakia now provide only some basic services for refugees, according to Zuzana Števulová , the director of Human Rights League.

“Foreigners has been eligible for free legal help during their asylum process but this was completely stopped,” Števulová told The Slovak Spectator.

The new Asylum, Migration and Integration Fund (AMIF) was set up for the period 2014-20 and projects supported by this fund will start to run as of November 15, 2015 according to Interior ministry.

Both Caritas Slovakia and Human Rights League prepared for period when they will work without support of Eurofunds however they had to cut some of their activities.

Caritas Slovakia made an agreement with state that it will cover charity’s activities until Eurofunds will be available again, according to charity’s Project Manager Jana Figeľová

The  Human Rights League draws finances from other sources and donations but they cannot cover all league’s needs therefore its employees’ decided to partially work for free.

“We advocate many people in legal proceedings and we cannot end it just because we run out of money,” Števulová said.