SOME elderly people who aren’t actually all that old, are being left to die in a very undignified way. They are crammed into hospital wards which have bars on the windows, along with several other patients and left at the mercy of others. 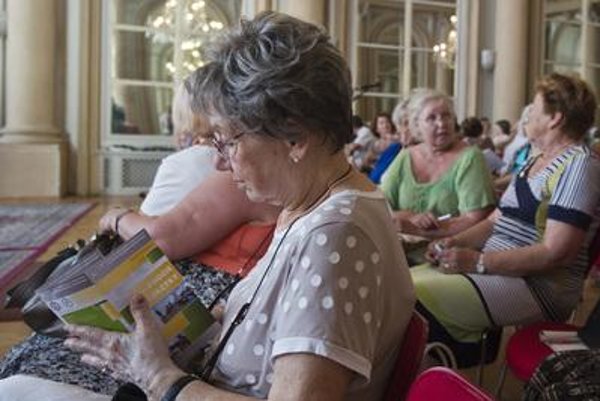 Some Slovaks who are now approaching pension status, are aging prematurely and suffering from poor health may experience a similar situation when they are faced with a long term stay in hospital, particularly those who become bedridden. If there is no-one to care for them full-time, they become totally dependent upon the hospital staff. 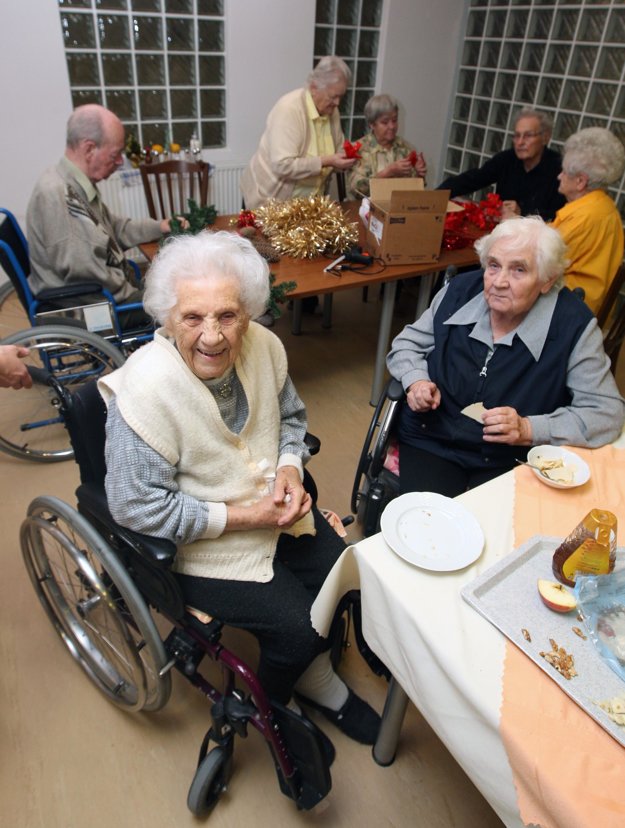 Slovak pensioners of the “lost generation” in other words, were born around the time of World War II, rarely manage to age in a dignified way. They experienced the war, and when the velvet revolution of 1989 brought democracy to their country, they were about 45, considered too old to grasp the opportunities which zoomed passed them like an express train, leaving them without chance to hop on. Many of them lost jobs where they were employed in the same position for more than 30 years. They were left at the mercy of employers in regions that were eventually deemed “starving valleys”. They were considered to be too old to compete with the younger generation. So, some of them had the desire to reach pension status quickly to enable them to become eligible to claim pension and not to have to face difficult situations regarding their career.

Many people who are currently in their 30’s cannot envisage their future much beyond the age of 50 which means that the situation isn’t going to become any easier in the coming decades. For many, the debate on what life will be like in a country where the number of elderly is set to increase, is not crucial yet. Some even hope that technological progress will solve the issue and they will witness a time when sophisticated robots will help grannies wash their hair and tie their shoe laces.

The realisation that our parents have grown old sometimes hits us in an instant and catches us unprepared. In many instances, the cohabitation of several generations in a single house has all but ended, and older generations are no longer everyday guests in our homes. We sometimes perceive ageing as a disease, instead of something natural. There are numerous internet support groups on how to care for a new born baby, how to overcome a divorce, or how to write a bombastic CV that can secure success. However it’s not so easy to find discussion forums on how to care for ageing parents. 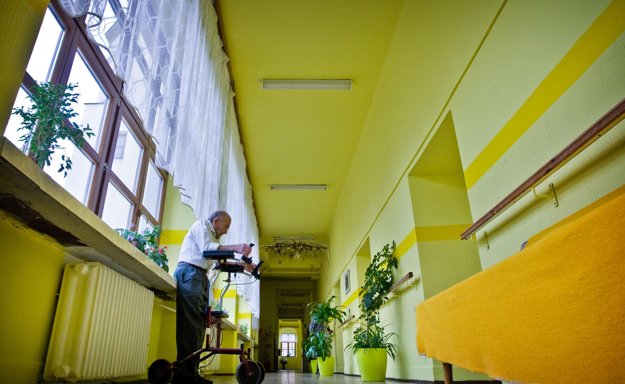 Slovakia seems to be unprepared for the ageing of its population. It lacks dignified places where people can grow old gracefully, especially those who will not be fortunate enough to be surrounded by their loved ones at home. Old people’s homes are often very inhospitable, quite the opposite of what you would expect for what could well become, the last home a person will ever live in. The image of smiling elders with shiny false teeth, sitting in the backyard of a condo is more apt for a US movie or an advert for a private boarding house for seniors that the majority of Slovak pensioners can’t afford. Some of them live in jungles of prefabricated houses where their only social activity is shopping in the nearest supermarket visiting their GP. From time to time they attempt to make small talk on the local bus but today’s city dwellers rarely talk to strangers on buses. The elderly are often reduced to waiting for a phone call from their grandchildren or for a family visit, as long as they are well enough.

Companies generally have no strategy for teaching older employees how to do new tricks. They may have several years ahead of them before they retire but have very little chance of keeping up with a generation inundated with PC abbreviations and measurable efficiency. Companies can rarely afford or are unwilling to operate a second, slower lane. Life experience is a precious thing, but in an environment where technology changes quicker than the four seasons, upgrade is our daily bread and abbreviations replace whole sentences. There is no time to share, evaluate and appreciate the experience. We often get impatient when older people do things at their own pace. We tend to reject their ideas even before they can finish explaining them, as they smell to us like towels from grandma’s closet. We want them to keep our pace, as our future generations will expect from us eventually and only then will we understand how demanding this desire is. 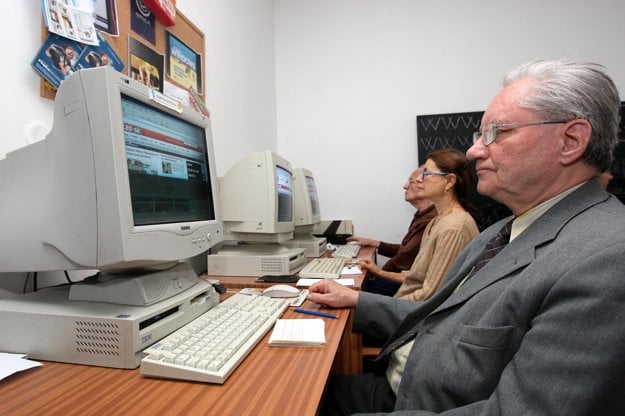 In the West of the country, the perception of old age and ageing is slightly different. Some older people continue to work or change their jobs to a different one. They move houses or begin travelling around the world and only the deaths of peers and former classmates make them realise how fragile our existence really is. Gac Filipaj had been cleaning the floors at the Columbia University New York for 19 years but he made it to the newspapers’ headlines when he graduated from a Bachelor course of study at his alma mater, aged 52. It was not his age that stunned the public but the fact that a full-time cleaner become a student and a graduate. At US universities, people studying in their 50s are no rarity. One of the oldest students in the UK, Bertie Gladwin, graduated aged 90.

Could Slovaks have similar CV’s if they had enough money? Is there a social atmosphere supporting active elderly people? Slovak society continues to artificially slow older people down and condemns many to old age category long before they are ready for it. Shouldn’t we learn from the experience of those nations which are already facing challenges of huge dimensions because of the enormous percentage of ageing people in their populations? According to BBC Japan, one of the most ethnically homogenous countries will lack about 1 million nurses and social workers by 2025.

We do not inspire people to age actively. We want them to rest, preferably in a way that does not interfere with us. We call them “elders, oldies, old goats”. People do not want to identify with them and why should they? These are not issues that today’s people in their 30s or 40s lose sleep over but if we do not start posing these questions now, it may happen that we will leave this world in just as sad a way as this lost generation.

By Beata Balogová, Editor-in-Chief of the Sme daily