Live feed from nests in the Liptov area ends

A POPULAR project involving live streaming (using specially mounted cameras) from stork's nests in the Liptov area has come to an end for this year, due to the gradual departure of the storks for Africa 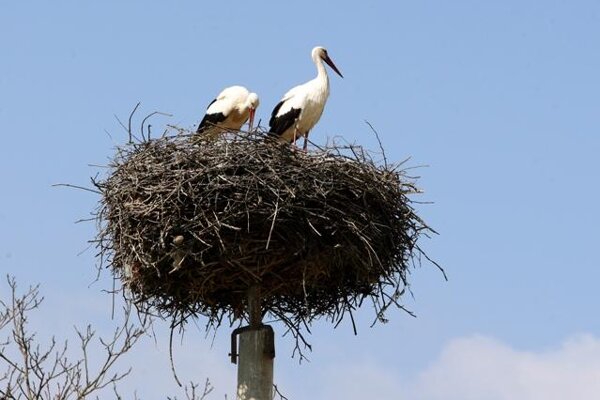 “Storks nesting in Demänová, Partizánska Ľupča, Pribylina and Vavrišovo (Žilina Region) are now on their long journey to Egypt, to the southern Nile, and some of them may be heading even farther,” said Pavol Majko, head of the Tatra National Park (TANAP) administration, as quoted by the TASR newswire.

TANAP has been involved in the project with a company called Profi-Net for a couple of years now.

Thousands of people kept themselves up-to-date with on the lives of storks in their nests in the four aforementioned locations as the streaming continued day and night.

“There were some dramatic moments, but ultimately we did not need to step in,” Majko continued, as quoted by TASR. “Nature took care of everything, and all of the young have left their nests.”

Majko promised that the cameras will keep tabs on the nest's inhabitants next year, too. What is more, TANAP and Profi-Net have “several surprises” up their sleeves for the public when the storks come back next year.