WHILE the Slovakia’s carmaking industry manufactures  about 6,000 electric and hybrid cars annually, less than 300 such cars are currently on the country's roads. The cabinet sees developing electric vehicles as a chance for Slovakia as an impetus research and development and the Strategy for Support of Electromobility on September 9. 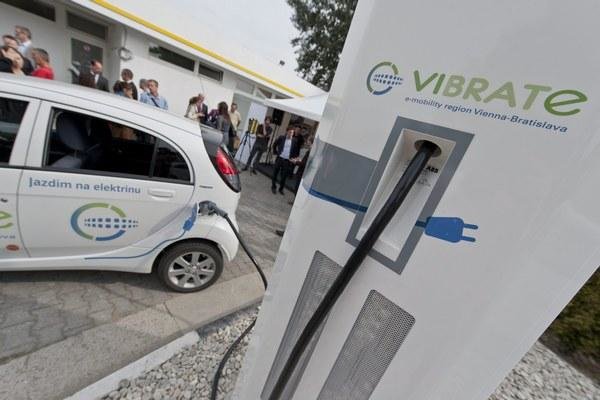 While it sets ambitious goals in terms of the number of e-cars and plug-in vehicles to be seen on Slovak roads in a few years, it lacks any tangible support schemes.

“The strategy has been elaborated in efforts to help the development of the automotive industry in Slovakia and electric mobility in Slovakia as well as because of the support of the growth of the industrial production based on increase of its competitiveness via innovations and innovative technologies and because of creation of the Slovak platform for e-mobility,” according to an Economy Ministry statement.

“Slovakia, alas, has been lagging in this development not only behind leaders but also neighbouring countries in the region,” writes the ministry.

From the long-term view, the electric mobility can increase usage of alternative fuels in transport and thus to contribute to improvement of the environment in terms of reduction of emissions as well as noise, the ministry writes.

“Electromobility represents an important impulse for the economic growth and a pro-export opportunity,” the strategy elaborated by the Economy Ministry reads. “But for its utilisation there must exist a certain balance while it is important that a prospering electromobility market arises also in Slovakia.”

The Economy Ministry recommends several systemic tools for support of the electric mobility development. These include stimulation of the growth of the sale of e-cars and plug-in vehicles, so-called green procurement, support of science, research, development and innovations, support of development of the network of charging stations as well as an information campaign. In terms of the support of the sale of electric and plug-in vehicles indicates a possibility of forgiveness of some costs, but the strategy does not elaborate what costs could be forgiven during acquisition of an electric car.

“This is a general material describing what can be done within support of electric mobility,” said Rastislav Chovanec, the state secretary of the Economy Ministry after the cabinet session as cited by the SITA newswire. “Concrete measures with concrete volume of assistance or some motivating effects will be adopted within implementation of European directive on alternative fuels sometimes during next year.”

The Slovak Electric Vehicle Association (SEVA) perceives adoption of the strategy in a positive way.

Now it will be necessary to implement measures in the practice as soon as possible while SEVA offers its assistance as an expert partner, according to Badík.

Slovakia makes but does not use e-cars

There are more than 170 electric cars and up to 100 hybrid and plug-in hybrid vehicles driving Slovak roads based on the data of the Slovak Automotive Industry (ZAP). Out of three carmakers in Slovakia only Volkswagen manufactures e-cars and cars with the hybrid drive. Last year they manufactured 6,000 such vehicles, the Sme daily wrote.

For now especially the high price of electric cars, about €25,000 per vehicle, is cited as the biggest obstacle for a higher usage of electric cars in Slovakia -- though the cost of charging of such cars is low compared with classic motor fuels. At present there are about 50 charging stations, and an e-car can technically travel across the country with little trouble.