Industry and construction continue to grow

JULY statistics data relating to industrial and construction production were a positive surprise when the industrial production accelerated to a two-digit year-on-year growth and the construction sector grew for the seventh consecutive month. 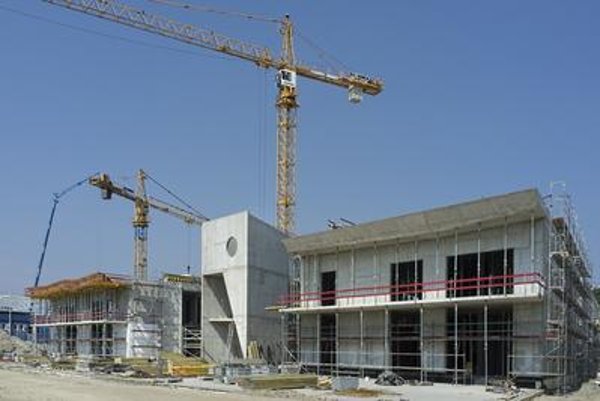 “July statistic data relating to industry and construction sectors indicate that the Slovakia’s economy has started the third quarter of 2015 very successfully,” Katarína Muchová, analyst at Slovenská Sporiteľňa wrote in her memo.

Industrial production grew by 11.9 percent y/y in July, up from 6.9 percent, the Statistics Office informed on September 10.

“After months of cautious growth of the industrial sector, June and July have brought about a clear acceleration,” wrote Muchová, adding that on the other hand the sentiment is fluctuating as to what contributes which also raises concerns over deceleration of China’s economy and its influence on the global economic environment and continuing careful revival of the economic growth in the eurozone.

Production in the construction sector rose by 24.3 percent y/y in which the growth during June was as high as 26 percent, according to the Statistics Office.

“This year, Slovakia needs to spend most of the EU funds obtained from the 2007-2013 programming period which has a positive influence on the growth of construction production,” wrote Muchová, adding that the core effect from the previous years contributes to the dynamic growth figures.

“At first glance, July’s numbers indicate that Slovakia’s industry continues a relatively large revival, but because of the irregular spread of company wide holidays it will be possible to draw conclusions only after figures for the whole summer are revealed,” Koršňák wrote in his memo, adding that the structure of the growth of industrial production indicates influence of holidays over the year-on-year growth figures. The automotive industry accounts for almost two thirds of the annual growth while production in this sector grew by as much as 27.5 percent y/y.

“The holiday period of the biggest carmaker in Slovakia [Volkswagen Slovakia] moved from the end of July and beginning of August during previous years into August this year. Therefore, it is possible to expect an August readjustment to the healthy July figures,” Koršňák wrote in his memo.

While holidays also affected production in other sectors of Slovakia’s economy, most export sectors continued to thrive with only the consumer electronics sector which has been declining long term registered a year-on-year drop in production in July. However, production of chemicals and the refinery industry reported strong growth marginally below 40 percent, according to Koršňák.