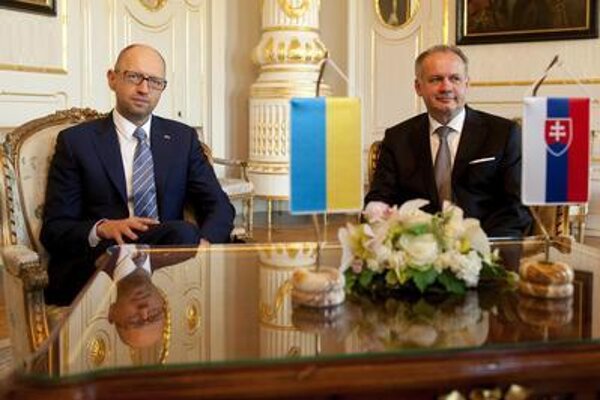 Kiska expressed support for Ukraine’s independence and territorial integrity, stressing that compliance with the Minsk Agreements, to halt the war in the Donbass region of Ukraine, is essential for the return of peace and stability to the country.

Kiska praised the progress of the reforms that Ukraine has made but pointed to the need to intensify reform efforts.

“Reforms are the basis for a stable and prosperous Ukraine and are the only way for the country to succeed in its efforts to join the European Union,” stated the President’s Office, as quoted by TASR.

Yatsenyuk thanked Kiska for the support with which Slovakia has been providing to Ukraine.

“In particular, he praised help in the form of gas supplies to Ukraine via a reverse flow. With its help Slovakia has saved Ukraine hundreds of millions of euros yearly,” stated the President’s Office, as quoted by TASR. “The two officials agreed that they will continue to seek opportunities for further deepening assistance in this area.”