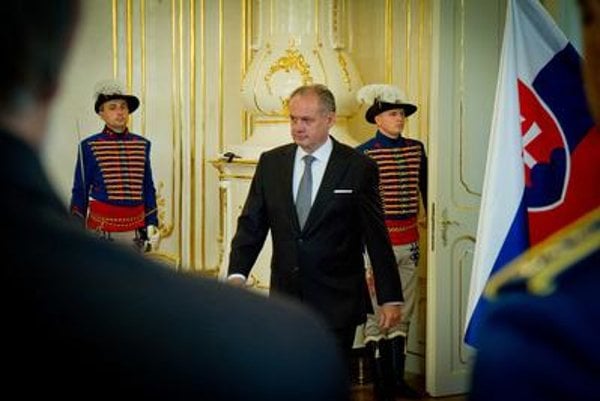 They concurred that in the light of changes to the security landscape in Europe, NATO needs to continue to pursue defence measures that will ensure safety for Slovakia and its allies. Kiska pledged his understanding for the countries that feel most exposed to risks, noting that NATO is required to duly respond to such threats, provided that thorough analyses and careful planning are carried out prior to any response.

Stoltenberg, who hails from Norway, said that no measures will be effective unless each country fulfills its duties. Collective defence does not exempt any country from the obligation to ensure its own security. In this regard, Kiska gave assurances to Stoltenberg that Slovakia is delivering on its commitments from last year’s NATO summit in Wales - by increasing investments in the defence sector, continuing the upgrade of its armed forces and contributing to NATO’s joint activities.

Turning to the situation in Ukraine, Kiska and Stoltenberg concurred that it is still not good. Stoltenberg welcomed the compliance with the ceasefire and a substantial drop in armed incidents, saying that only a peaceful solution can bring prosperity. What Ukraine needs most urgently nowadays is reforms, ensuring its safety and development, he added. Kiska said that Slovakia will continue to provide help to Ukraine.

Stoltenberg also met Slovak Defence Minister Martin Glváč who reaffirmed Slovakia’s adherence to the goals it committed to at the NATO summit in Wales last year. They include halting the drop in expenditure on defence, increasing the ratio to 1.6 percent of GDP towards the sector by 2020, and allocating 20 percent of defence expenses towards the modernisation of the armed forces.

The NATO Secretary General praised Slovakia for delivering on its commitments, and went on to call the country a responsible ally, including a reference to the situation in Ukraine. He also urged compliance with the Minsk agreements and the use of diplomatic means to resolve the crisis in Ukraine. At the same time, he pointed to Russia’s role in increasing tension by providing military support to separatists, having its soldiers in eastern Ukraine as well as its strong military presence at Ukraine’s borders.