THE ANNOUNCED expansion of the transport capacity of the Nord Stream gas pipeline is an anti-Ukrainian and anti-European project, Ukrainian Prime Minister Arseniy Yatsenyuk said after talks with his Slovak counterpart Robert Fico in Bratislava on September 10. 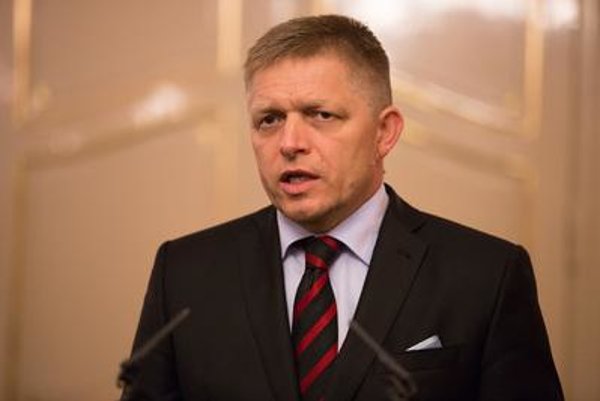 The two PMs were reacting to a preliminary agreement between Russian giant Gazprom and Western energy concerns including BASF, E.ON, ENGIE, OMV and Shell on doubling the transport capacity of Nord Stream in early September.

The gas pipeline worth €7.4 billion goes from Russia to Germany along via the bed of the Baltic Sea avoiding Slovakia and Ukraine which use the Eustream gas pipeline.The first Nord Stream branch was introduced in November 2011 and the second one in 2012.

“They’re making fools of us,” said Fico. “It isn’t possible to talk on a political level about the need to stabilise Ukraine and at the same time to adopt a decision that places not only Ukraine, but also Slovakia in an unenviable position, as this affects the transit of huge amounts of gas through both Ukraine and Slovakia.”

It may cost Ukraine billions and Slovakia hundreds millions of euros each year, according to Fico who rejected the notion that the deal between Gazprom and European energy companies is only a matter of business. He believes that these concerns operating in EU countries have “betrayed” Slovakia as an EU member country.

This is at odds with political agreements made at the European Council, Fico said adding that he will raise the issue at next month’s EU summit.

Yatsenyuk pointed out that Ukraine will lose €1.5 billion per year in income from gas transit due to the construction of Nord Stream, while the move has not brought any additional energy independence for the EU. In addition, the route through Ukraine is the shortest, he stressed.

Slovakia’s annual loss may amount to $800 million, while the price of gas for Western Europe will also be increased due to the Nord Stream, noted Yatsenyuk.

Read more articles by the topic
This article is also related to other trending topics: Energy