A PROJECT that seeks to buoy local primary producers and traders that involves the use of an alternative currency known as the ‘ducat’ has been launched in Košice. 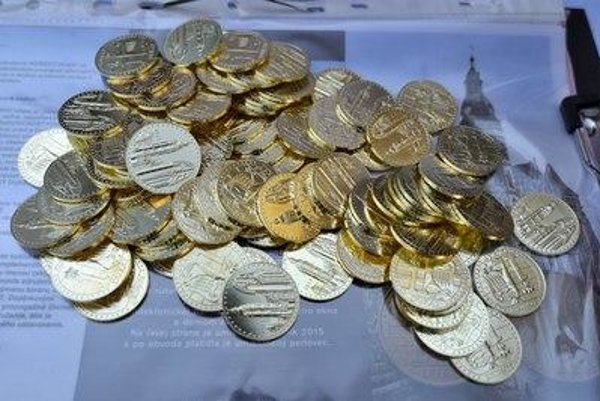 The project, started in mid August, is an initiative of the civic association called Košice Ducat to Exchange Goods and Services, which also provides its members with the alternative coins.

“The point is to bring together people from the Košice Region, but not only them; it can be used by people from all over Slovakia who are ready to exchange goods or services for Košice ducats,” said the association’s head Vladimír Gürtler.

A total of 5,000 coins, altogether worth one ducat – once a major currency throughout much of central Europe – were minted for the launch, with each coin equaling one euro. The coin was designed by medalist Branislav Ronai. Its front face features a detailed Kosice coat of arms with the nominal value, and the back face displays Košice’s St. Elisabeth Cathedral with a detailed view of its Gothic-era window. A possible further round of minting will hinge on how well the project catches on. 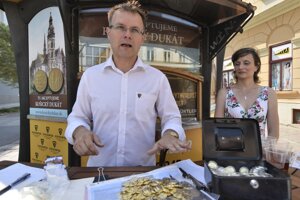 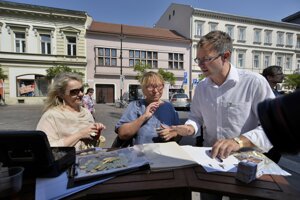 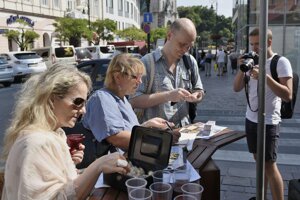 “There’s a bit of a risk in that the coin is so beautiful that people may not even exchange it for products or services,” said Gurtler for the TASR newswire.

A wine shop, a cabinet maker, an electrician, and an English teacher, for example, have signed up for the project so far. Bratislava and Zvolen have had their local currency – called “živec” in both cases – since April 2014, with up to 40 businesses accepting the currency in the capital alone, including some retail chains like Drogerie Markt.