ITALIAN culture has been strongly represented historically in Slovakia, from ancient times on. However, time does not stand still, and apart from more classical genres and artworks, also the most contemporary streams and trends are imported. 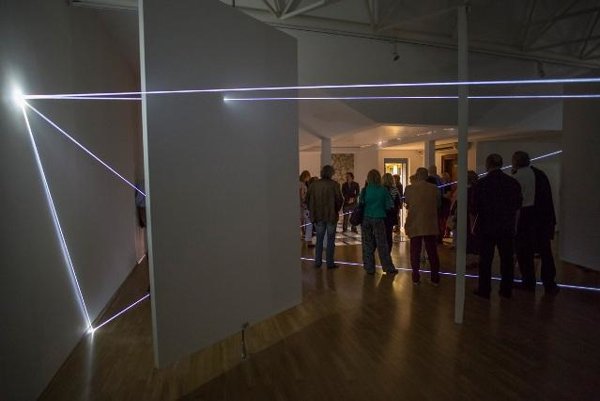 Moreover, the focus of art and events shown here keeps shifting slightly, following, among other things, also the development in Italy.

“Since I came to Slovakia I have tried to choose a different theme each year not forgetting that our main purpose is to promote to the Slovak public the best of contemporary Italian culture,” Antonia Grande, head of the Italian Culture Institute in Slovakia wrote for The Slovak Spectator. “In 2015, we have been focusing on contemporary music, architecture, design and art, on the new energies in contemporary Italian culture. In 2016 we will focus on women and culture.”

As for ancient history, the Italian institute has, not long ago, joined forces with the Slovak National Museum: “The cooperation with the Slovak National Museum for the organisation of the exhibition on Etruscan art, Etruskovia z Perugie, has been one of the most successful co-operations of the Italian Cultural Institute during 2014 and 2015,” Grande informed, adding that “we will be awarded the 2014 prize for the best exhibition by the Institute for the Protection of Cultural Heritage in Slovakia within an official ceremony in Modra”. They will continue to extend support to their Slovak partner during the Semester of the Slovak Presidency of the Council of the European Union in order to organise important exhibitions in Italy, “for example, the one of Celtic Art in Perugia. The negotiation is already underway”, she continued.

Exhibitions and events demonstrating Italian art, culture and lifestyle are spread throughout the year, but June has traditionally become the month when the Dolce Vitaj festival is held, squeezing them into a shorter period of time. This time round, it comprised Italian music, theatre, film, literature, visual arts and culinary delicacies; with stress put on literature (especially the anniversary of Dante Alighieri), design and – traditionally – music. The concluding concert of the festival was that of exceptional Italian composer and pianist Fabrizio Paterlini, which caused conflict among the crowd that demanded to be let in for the concert – with free admission – ignoring the capacity of the hall. 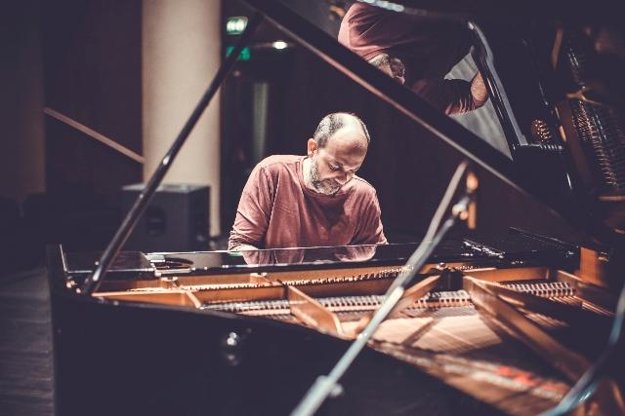 “This was not the first concert we organised at the Slovak Radio hall,” Grande said, “we have already organised two successful concerts in 2014 (Roberto Cacciapaglia in July and Talianska hudba na Dunaji / Italian Music on the Danube in December 2014) within the cultural programme of the Italian Presidency of the Council of the European Union. I am already working on the programme for this year, and there will be at least two more concerts at the Slovak Radio. We will invite a very important Italian singer and a very famous jazz band; but I cannot tell you more for now.”

Apart from the capital, a bigger festival of Italian culture and gastronomy is also held in the northern town of Poprad, where there is a considerable Italian community. A section of the Festival Dolce Vitaj “Viva Italia” is held in Poprad, head of the Italian Cultural Institute said. “Since I started working in Slovakia, I have always tried to present the best of Italian culture not only in Bratislava but also in the main cities of Slovakia; for example, we organized interesting exhibitions of contemporary Italian art at the Považie regional Gallery of Žilina in 2013, in 2014 (the exhibition “20 artists for 1 exhibition, 20 regions for 1 country”) and in 2015 (the solo exhibition “Apostáza krásy”),” Grande said, while also adding that they presented a very successful dance show in the framework of the Central European Theatre Festival in Košice 2014.

They also participated in the Art Film Fest in Trenčianske Teplice in 2013 as Barbara Bobulová (Slovak actress living in Italy) was invited, and in 2014 when Claudia Cardinale was invited. This year, they collaborated with the Fest Anča festival in Žilina with a selection of Italian animation films and with the International Festival on the local TV’s “Golden Beggar” in Košice. And finally, they collaborate, too, with universities in Banská Bystrica, Nitra and Ružomberok, and with high schools in Nitra and in Košice where Italian is taught.

In Košice’s Technical Museum, there was also the photo exhibition of Dezider Miškaň called Where “Si” Resounds - A Journey through the Italian language, opened in June.

Not focusing only on past successes, Grande also disclosed some of the institute’s future events: “We are planning three concerts that will take place in October, while two of them will be part of the Italian Language Week as this year’ s theme is about music and Italian language,” Grande said. “Two great film festivals will be organised in autumn: one will be in collaboration with the Slovak Film Institute at the Lumiére cinema and will pay tribute to Pasolini (filmmaker, writer and poet, one the most important Italian intellectuals of the second half of the 20th century); and the second one will promote contemporary Italian cinema in collaboration with the Italian Film Studios, Cinecittà.”

More detailed information about future events organised by the institute can be found at their website, www.iicbratislava.esteri.it, with Dolce Vitaj having its own website.