Fico is a part time friend

There is tremendous irony Prime Minister Robert Fico’s statement that the planned expansion of the Nord Stream pipeline, which brings Russian gas under the North Sea directly to Germany, represents a “betrayal” to Slovakia. 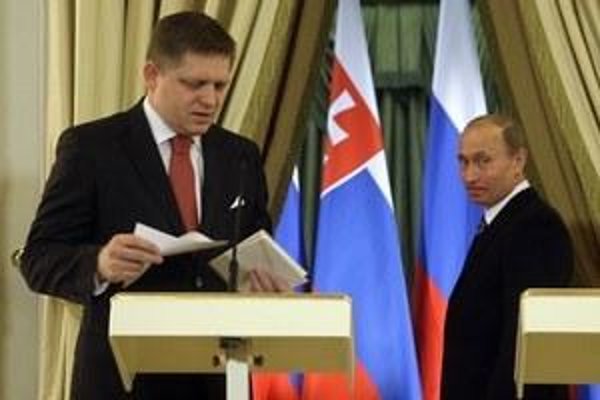 For Fico EU solidarity is suddenly a top priority on this (and only this) issue, but much less so on bailing out Greeks or helping to deal with the influx of refugees from the Middle East and North Africa. The deal looks set to add two additional pipes, as well as double the capacity of the existing two. When completed in 2019 it could cost Slovakia billions of euros in transit fees, as Russia begins shipping gas that way instead.

Even more stark now are Fico’s two trips to Moscow earlier this year, during which he ostensibly attempted to convince Vladimir Putin that Slovakia could be trusted as a partner for bringing Russian gas to the rest of the European Union well into in the future. One wonders if Fico feels likewise betrayed by Putin? What use were those trips now other than to show Moscow that Europe was not on the same page?

In retrospect those Russia visits may have contributed to this directly to this result. They not only portrayed a divide within the EU publicly, but gave license to others in Europe, in this case Western European states, to act in their own self interest just as Fico was doing.

Fico is acting in his own domestic political interest in rejecting refugees – a popular, if cowardly, position with an election slated for the spring. Plans to expand Nord Stream – though the deal was conducted by private companies – is in the interest of countries like Germany. Not only would the German economy get a more reliable source of natural gas, as transit would bypass unstable Ukraine, but indeed the Germans would then collect transit fees to pump the gas to the rest of Europe.

Days like this demonstrate why solidarity is not meant to be a part time thing. When one proves a reliable partner and friend, even on issues that are not of existential importance at the time, those friends can prove willing to help when you do face an existential threat. This is not to say this Nord Stream deal might not have gone through anyway. Neither western oil companies nor Gazprom are known for compassion. Still, at least Fico would have an argument to make.

Today, he doesn’t. The Fico government opposed helping the Greeks and now opposes helping refugees. Fico defiantly went to Moscow twice this year and now he expects other European leaders to come to his support.

Ukraine has reason to feel abandoned by this Nord Stream deal, but Fico is set to accomplish exactly what his tactics were designed to do. After taking positions on every geopolitical issue of recent years designed exclusively to help his domestic poll numbers, reelection for Fico looks likely in the spring.

When the Nord Stream gas starts to flow in 2019 and the Slovak state budget is billions smaller, Fico will be gone and it will be somebody else’s problem.