WHEN we talk about Italy, one of the first images to pop-up in our mind is the one of a country incredibly rich of history, art, culture and natural beauty, ranking first in UNESCO’s World Heritage Sites list. 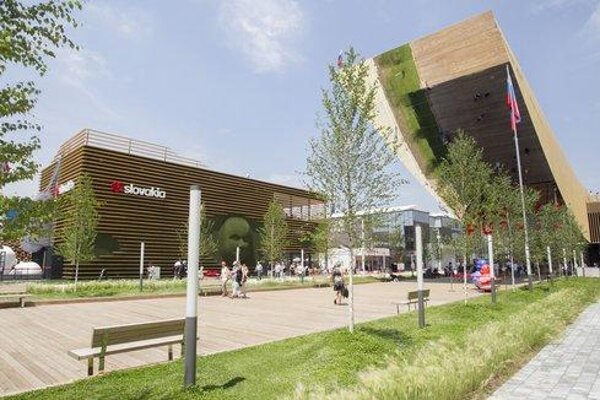 Moreover the “legacy” of Italian contribution through the millennia to European and world culture is huge, ranging from music, philosophy, literature, theatre, to cinema, architecture, painting, cuisine, fashion…

Well, this holds definitively true, but we should consider also something else: Italy is the world’s ninth biggest economy, is a member of G8, and the second European manufacturer after Germany. In 2013, despite growing global competition, a declining international demand and the “long wave” effects of the financial crisis, Italy ranked as the world’s 10th largest exporter. We all have in our homes high-quality, “made in Italy” products. Italian high-technology and engineering in all sectors are world-wide appreciated. To keep it easy:  according to a market study, the brand “Made in Italy” turned out to be in 2010 the third most known brand worldwide, after Coca-Cola and Visa.

Now, what is at the heart of the Italian productivity?

The answer – or at least, one of the key answers – is: the… “think small” principle! Yes, beside big industrial groups – which played anyway a central role in Italy’s growth – the country’s manufacturing is traditionally run by small- and medium-sized enterprises (SMEs). Most of them are family-owned and there are significantly more “micro-enterprises” in Italy than the EU average. SMEs are the real “backbone” of the Italian economy and have been the key factor of the successful transformation of Italy, after WWII, from a predominantly agricultural country to one of the top industrialized economies in the world. SMEs proved to be a real “creativity multiplier”, boosting Italian growth. The over 3.7 million Italian SMEs represent 99.9 percent of Italian enterprises (EU Commission data, 2014) employing 79.6 percent of total workforce (compared to 66.9 percent European average). The value added in 2014 was €459 billion worth, i.e. 69.5 percent of the total (compared to European 58.1 percent).

Overall, the country’s main exports are mechanical machinery and high-tech equipment, as well as motor vehicles, luxury vehicles, fashion and clothing (shoes, accessories…), furniture, food, wines and beverages…  SMEs play a crucial role in all these productions, and others.  Italy has been one of the first EU countries to approve the EU Small Business Act in 2010. Taxation measures have been also introduced to ease access of SMEs to finance (after the credit crunch registered in previous years).

The last Italian governments have been dynamic in putting in place reforms in order to create a more favourable business environment in Italy: the Renzi Government, in particular, is highly committed in this regard. New laws have been adopted over the last few years, facilitating the establishment and running of “start-ups”, helping Italian companies to internationalize (“Destination Italy Law”), expanding the Italian job market (the “Jobs Act”).

Italia and Slovakia: how can Italian and Slovak operators interact to push further their collaboration? Our “best practices” and our “lessons learned” have to be exchanged.

There are many key factors attracting Italian businessmen in Slovakia, among which: high-skilled workers, deeply-rooted tradition of high engineering, innovative electronic productions, well-developed infrastructures, a clear legal framework, the euro, and the very favourable location of the country in central Europe – I am myself a…. slow driver, as my wife says, but in about four hours I can easily travel from Tarvisio to Bratislava. Slovak companies, including very active SMEs, are extremely present in this region, benefitting also of linguistic and cultural affinities. We know it well: around 500 Italian companies, mainly SMEs, have been working successfully in Slovakia with their counterparts for decades, now. Italians come from Veneto, Friuli, Lombardia, but also other Italian regions. “Ciao” is…. the common greeting word in our two languages!

All the above factors are real “catalysers” of common business, helped by the Italian-Slovak Chamber of Commerce working in Bratislava for more than 15 years now, teaming-up with the embassy, banks and insurance companies with Italian partnerships. Very efficient support is given by all Slovak authorities, and particularly by the Investment and Trade Development Agency (SARIO). Re-launching SMEs joint projects, also with regard to the V4: this target was strongly reasserted on the occasion of the visit to Bratislava last month in July, of Italian Foreign Minister Paolo Gentiloni. An important workshop on new economic initiatives was held in Rome on June 16, while both Italy and Slovakia are in first line with their amazing pavilions in Expo Milan 2015 – which I suggest everybody to visit before its closure on October 31.

Thus, let’s join forces with Slovak operators: this is the message that we are sending every day to Italian operators!

By Roberto Martini, Ambassador of Italy