Go home, and other notes from the sewer

It hurts to see Slovakia mocked in the international press. All the more so when we deserve it. 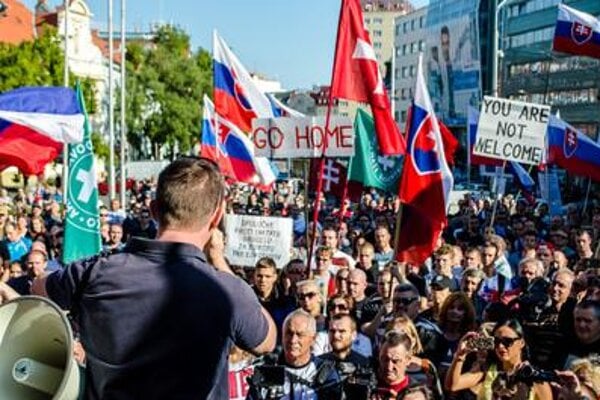 This time, it was a sign carried during Saturday’s protest against migrants in Bratislava. It reduced all of PM Fico’s malarkey about ensuring Slovakia’s security, protecting her traditions and preserving her ethnic purity to two mean-spirited words: Go Home. A photograph of the sign accompanied several widely-read reports on Central Europe’s stunningly uncharitable response to the ongoing refugee crisis. 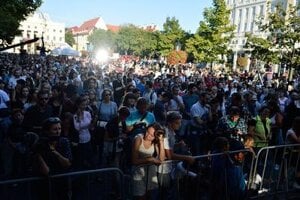 Read also:Concert of solidarity and protest against islamisation coincided in BratislavaRead more

It’s rare, in disputes as fraught as this one, that one side’s arguments can be summed up so neatly, and in words that so demean the very position they are meant to defend. For starters, for their utter impropriety coming from Slovaks, a nation whose tradition of both economic emigration and asylum seeking is one of its longest, if not, these days, its most celebrated chez Fico.

Second, for the utter ignorance these words betray of the modern world. Go Home indeed. If Slovakia really hopes to sway decisions on refugees taken in Brussels, it must present compelling arguments as to why the newcomers should be rejected, while at the same time showing genuine compassion for their misery and hardship. Go Home signs belong to the same mental cesspool as Hungarian TV employees kicking and tripping migrants. They are the private citizen’s version of razor wire and border walls. They may get you on TV – but they also tend to inflame passions against your cause. Such as Austrian Chancellor Werner Faymann, who objected to Hungary’s having lured migrants onto a train September 3 with false promises of taking them to Vienna. “Sticking refugees in trains and sending them somewhere completely different from where they think they’re going reminds us of the darkest chapter in our continent’s history,” he said.

When European leaders invoke the continent’s Nazi past to criticize a member nation; when they suggest new EU members could lose transfer funds if they continue to reject resettlement quotas; when even the Pope calls on European Catholics to open their hearts and homes to refugees; then only a fool or a bigot could flourish a Go Home sign, or encode its message into a political speech. Europe is changing even as we watch thousands of refugees arriving daily in Röszke, and even more inspiring than the hundreds of ordinary people who are donating time and money to helping them, is the resolve of the migrants themselves not to be deterred by walls, threats or hostility.

If tens of thousands of people had not demonstrated in other capitals in support of the refugees, that Go Home sign might have seemed ominous, portentous. Instead it just seems pathetically out of step with who we really are.