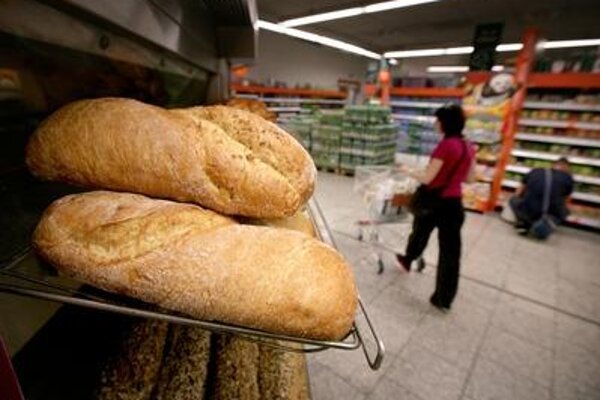 In August, prices mostly declined in transport (6,4%), and housing, water, energies (0,7%). On the other hand, prices of furniture, interior furnishings and common maintenance grew (2,2%), as did those of education (1,9%), hotels, cafes and restaurants (1,7%), various goods and services (1,2%), health, recreation and culture (0,9%), alcoholic beverages and tobacco (0,7%), clothing and shoes (0,6%). The prices of postal and telecom services, groceries and non-alcoholic beverages remained unchanged, the TASR newswire quoted the ŠÚ.

The year-on-year core inflation increased in August by 0.1 percent and net inflation by 0.2 percent.

Analysts mainly see the declining prices of transport but also housing as behind the y-o-y decline of inflation in August. They expect it to remain at low levels also in the upcoming period.

“The biggest share was due to prices in transport, with fuel prices having the decisive share, both in diesel and in petrol,” the Home Credit company’s analyst Michal Kozub informed TASR.

Fuel prices may have accounted for 0.3 percent of the overall inflation, UniCredit Bank Czech Republic and Slovakia analyst Ľubomír Koršňák wrote, adding that free rides on railways are adding some extra two percentage points. Without the decline in transport prices, Slovakia would experience a mild increase in inflation, instead of a mild decline, Koršňák summed up.

Energy prices also declined in August, as they have done for the whole year, Kozub wrote. But he added that in all other spheres, prices remained the same or even increased, and if it was not for the external impact of oil prices, Slovakia would have increasing inflation, he concluded.

For the end of this year, inflation is expected to return to positive numbers, ending somewhere around 0.5 percent, according to Koršňák. In 2016, it should oscillate around 1 percent.