CZECH painter Aleš Krátký worked under the Small Carpathian mountains beginning 1920s. His series of pictures from the wine-growing town of Modra, which were published on period postcards, became particularly famous. 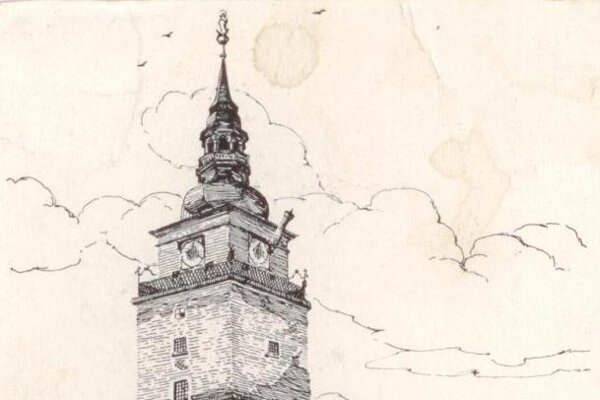 Krátký also painted the nearby city of Trnava. In this postcard, we see its dominant feature, the tower.

It was built in 1574 under the lead of Master Jacob. The 16th century was a time of acute Ottoman danger, and the construction of the tower was probably made primarily as a defence tool against this enemy. Trnava lies on a vast flatland, and from such height, one can see far and wide. But the city tower protected also the city against that equally dangerous enemy for mediaeval towns — fire. 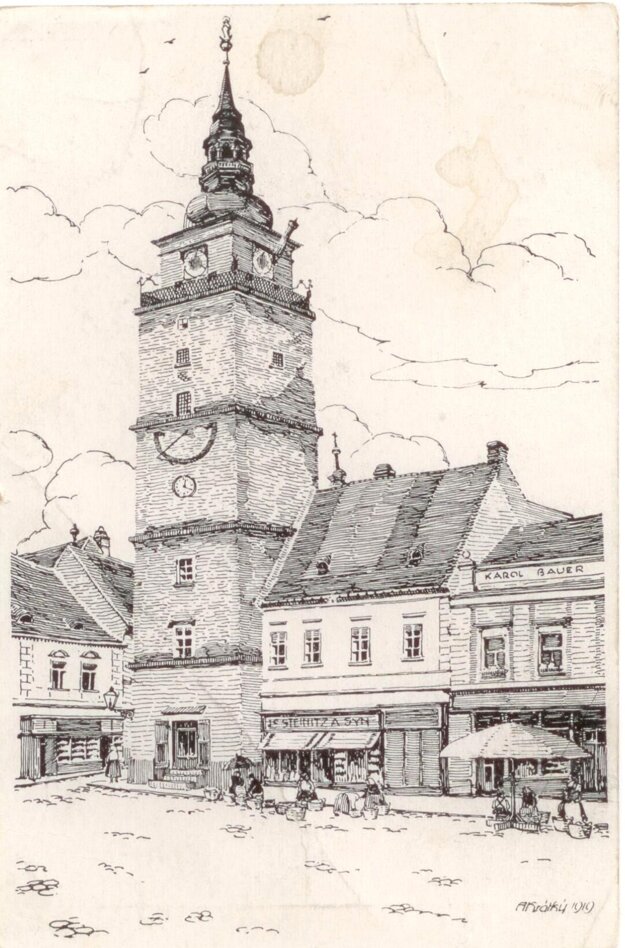 Thus, two bells hanged in its belltower, and guardians also had a megaphone at their disposal, with which they announced the location of the fire. There was a single megaphone, but the news were announced in two languages, just to make sure: in Slovak and in German.

Guardians lived in the belltower, together with their families, and thus they needed to have there all things necessary for everyday life; domestic fowl was also bred here, for example, including a rooster that served also as alarm clock. Without him, they had to rely on period technology – which meant a sundial. Starting in 1729 there was also a mechanical version made by Fritz Langer.