Slovakia will not lose EU funds due to disagreement with quotas

EVEN IF Slovakia rejects the quotas on redistributing refugees in the European Union, it will still be able to receive EU funds. 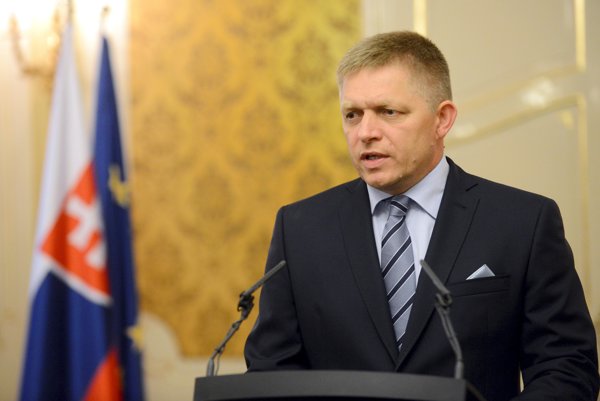 Such a possibility is not allowed by the rules for drawing EU money.

The idea to restrict money from EU funds for countries that will reject the quotas was first presented by Austria, and supported also by German Interior Minister Thomas de Maizière.

The prospect of the EU cutting the financing of countries that reject mandatory migrant quotas will not influence Slovakia’s stance on the matter, responded Slovak Prime Minister Robert Fico.

He levelled criticism at statements that emerged after the September 14 EU summit of interior ministers, where an attempt to arrive at an agreement on quotas met with failure. Fico considers the idea of cuts to be an unprecedented punishment for voicing an opinion and an exercise in blackmail and intimidation aimed at swaying countries that veto the proposals of the European Commission, as reported by the TASR newswire.

The rumours, however, have not been confirmed.

He added that the European rights to draw EU funds and the partnership agreements with member states do not allow such cuts in EU funds for such a reason. In order to do so, it would be necessary to change the whole framework for the 2014-20 period.

Meanwhile, Fico reiterated that Slovakia will insist that an extraordinary EU summit of prime ministers and heads of state is convened on the issue.

“I announce in advance that I will go the summit with a clear mandate of refusing to give consent to mandatory quotas in any case,” he said, as quoted by TASR, adding that the failure to convene a summit of prime ministers and deciding policy only at the level of the council of ministers in early October via a majority vote is the worst way to go. “A summit should certainly be convened for such a delicate and serious matter as dictating to countries how many people they must accept without any option to choose those people.”