Hard things are done by those who can

An impasse over refugee aid does not justify the contempt of the wealthy for the poor. 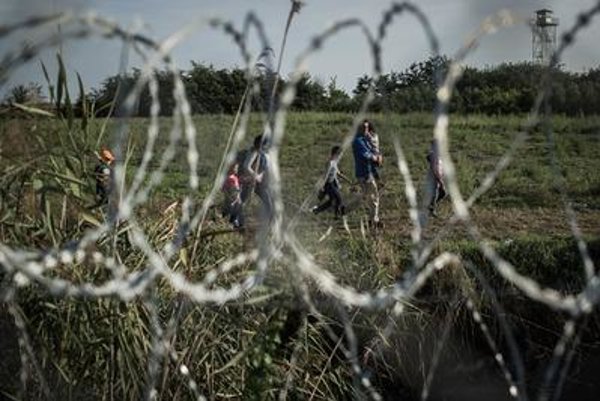 DO you know why young, fortunate people run marathons? Because in the unprecedented ease that they enjoy, they feel that something essential has been leached from life – a demand that they be better than they naturally are, and a striving to answer that call. Running allows them to experience that striving, that yearning that is at the core of Europe and that for centuries has animated its architecture, its art and its spiritual life. It’s a fundamental appeal: ask more of me, for I have so much to give.

But not everyone runs marathons; not everyone has this extra strength just waiting to be tapped. In fact, as running guru Timothy Noakes discovered, recreational runners tend to be white, educated, and above all relatively affluent. Not so many unemployed miners or Roma ghetto dwellers, let it be said, are lacing up their shoes for Košice 2015.

So too with our response to other, unexpected demands on our strength, such as that of the thousands of refugees who have poured into Europe this summer. The people who have clamoured for their succor, both within Slovakia and across Europe, simply have more to give. While those parading for border controls and deportation have been depicted, in this paper and others, as spiritually and financially deficient: lacking teeth or hair, say, or flourishing a middle finger under a frizz of crazy-lady hair.

Rarely has the gulf between Europe’s haves and have-nots been more irreconcilable. Central Europe’s rejection of refugee distribution quotas, and Hungary’s construction of a border fence, have been compared in the West to Nazi policies and derided as “stunning hypocrisy” given this region’s own history of emigration, and given its appetite for the financial benefits of EU membership. The experience of visiting refugee camps in Hungary has made these critics even more shrill: “Frankly, if you could see the scenes and listen to the stories, you would be moved to action,” said former British Foreign Minister David Miliband on visiting Greece. “In Europe today you have tens of thousands of people who have fled agony and have been greeted by inhumanity, and the response here has been shameful and misguided.”

We are at an impasse. Visiting Röszke is indeed a descent into horror at the deliberate neglect of people who need food, water and shelter. But nor do descriptions of their suffering have the power to move people who earn €400 a month at Kaufland, and who themselves have been embittered by unrealized dreams.

So let us cease this ‘refugee shaming’ of each other; let those among us with the capacity to help simply do so, according to the adage: Who must do the hard things? He who can.