Lajčák: Refugee crisis can change the face of Europe

"THE REFUGEE crisis has been threatening the Schengen Area, and it can harm the relations within the European Union and change the very face of Europe" Miroslav Lajčák, the Foreign Affairs Minister, said in parliament on September 16. 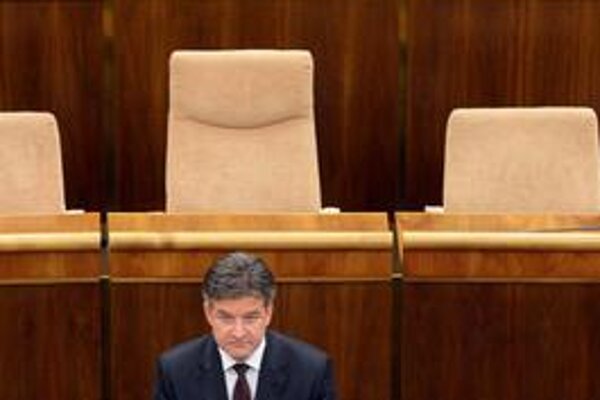 “It is not just Schengen and its future that are at stake, but also relations within the EU, the future of European politics and maybe even the future face of Europe,” Lajčák told the parliamentary plenum as quoted by the TASR newswire, as parliament discussed the first point of its programme, the migration crisis.

Lajčák refused the notion that Slovakia was not sympathetic and participating, and stressed that we had always helped our partners and would remain doing so – but he said he was against false solidarity. He would prefer complex, long-term and sustainable solutions, better protection of the outer EU border, including functioning hot-spots with registration and fingerprint checks, as well as a consistent returning policy and a Europe-wide list of safe countries of origin, support for safe zones in third countries, resolute steps against human smugglers and more intense co-operation of intelligence services. He also repeatedly rejected the idea of obligatory quotas for resettlement of refugees.

“This is a live issue; despite the fact that parliament has already dealt with it at its June session, when it refused – among other things – to accept the obligatory quota,” said Peter Pellegrini, Speaker of Parliament, as quoted by the TASR newswire. “Nevertheless, it is necessary to return to this issue, as the situation has changed since.”

One of only two more regular parliamentary sessions scheduled for this year opened on September 16, and it will last until October 15, i.e. for a whole month, which is a record duration. It also has a record number of points to be dealt with - 173.

Other topics to be discussed in this session of parliament include an amendment to the law on public procurement – returned to parliament by President Andrej Kiska because of some flaws; several governmental proposals concerning the so-called second package of social measures; a draft bill on social insurance; and several draft bills filed by the Finance Ministry, e.g. on payment services, on informing of clients by banks, and others.