Foreigners living in Bratislava who want to see English-language theatre don’t have to travel to Vienna or London anymore. Bridgin'Drama offers a theatre festival in English 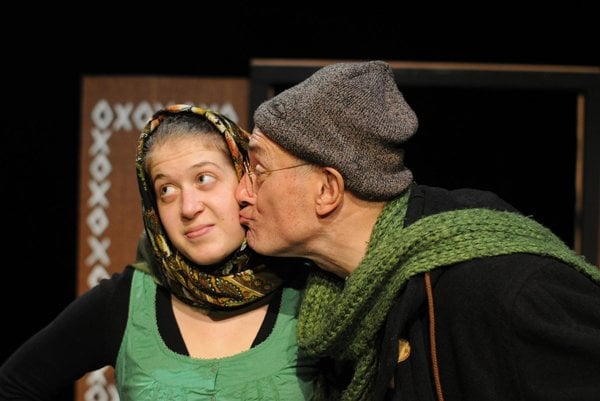 Bridgin'V4 Festival will host theatre groups from Slovakia, Czech Republic, Poland and Hungary along with special guests from Austria. It will be held on the 15th and 16th of October in the Culture Centre in Pezinok (just a 30-minute drive from Bratislava).

In this blog we will gradually introduce all five theatre productions to be offered at the festival. The first one is theatre from Slovakia. 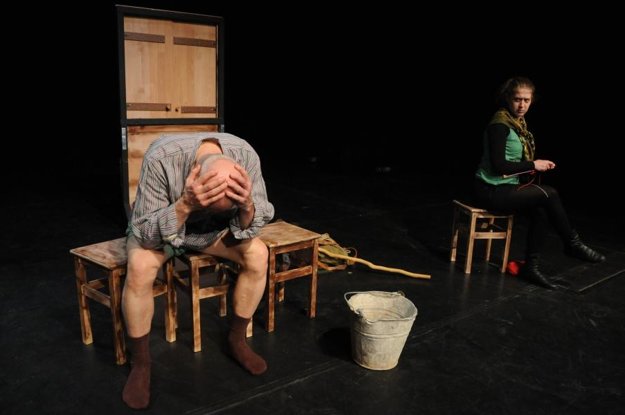 Kukucheers! is the second production brought by Bridgin'Drama of Bratislava, founded by teachers of the Bridge language centre four years ago. It is a humorous adaptation of the classic story Rysavá jalovica by Martin Kukučín, Slovak novelist and playwright of the late 19th century and early 20th century.

Adapted and interpreted by Bridgin'Drama, this classic Slovak piece changes into sympathetic, sometimes ironic fun, using elements of folksiness and lots of allusions to the present as well to our Slovak “maladies”, including alcoholism.

Prepared by professional director Peter Palik, Kukucheers! reduces the original text into a performance of less than 60 minutes. The level of English is adjusted to be understood by adults as well as secondary school students.

This performance can be seen at the festival Bridgin'V4 on Thursday 15th of October 2015 at 11:00 AM and 19:00 AM, in the Culture Centre Pezinok (Pezinské kultúrne centrum), Holubyho 42, The festival is organized with support from the Visegrad fund. More information at www.anglickedivadlo.sk.