SOME drivers have been confronted by something they have not seen for ages: long queues and police officers checking selected vehicles, which results in delays when crossing Slovakia’s southern borders. 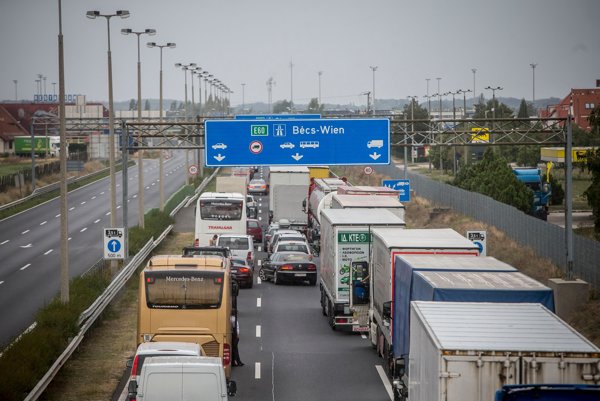 Officials have sought to calm fears that this represents a return to pre-2007 times when Slovakia was not part of the Schengen zone, but the country nonetheless temporarily strengthened controls on its borders with Austria and Hungary on September 14. Officials said the move came in response to Germany which reimposed controls on its border with Austria. Police have added an extra 220 officers at the borders. Not only border crossings have been reinforced but also selected points.

Despite some fear that the current situation may mean the end of free movement of people, the Slovak Interior Ministry stressed it is only a temporary measure aimed at people smugglers. 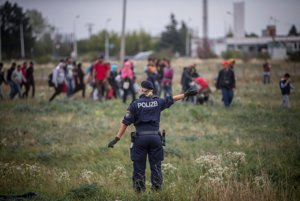 She added that they are constantly monitoring and coordinating the activities with the police forces in Austria, Hungary and the Czech Republic, but declined to say how long the increased checks will last.

Controls may result in losses

When reporting about the situation on the borders, several media outlets informed that the movement of passenger cars is more or less fluid, and that the cars only need to slow down so the police officers can check who is in them. The situation is however, different for vans and trucks, though police check only selected vehicles.

The controls cause problems particularly to haulers transporting goods to Germany. Waiting in queues often results in delays lasting from six to 10 hours, according to the Slovak Union of Motor Carriers (UNAS).

This may be a problem as many trucks need to deliver goods at a previously agreed time.

“This may result in lower incomes for haulers since they may not do as many transports as planned,” Pavol Reich, head of Česmad association, told the Sme daily.

Meanwhile, also European Commissioner for Digital Economy and Society Günther Oettinger warned against the impacts of border controls. If they last long, they may disrupt the internal market and the work environment, he said, as quoted by the TASR newswire.

Vladimír Baláž of the Slovak Academy of Sciences (SAV), however, says that everything will depend on how intensive the controls are.
“I do not perceive it as fatal blow to the EU economy but rather as an inconvenience,” Baláž told Sme.

Among those concerned by reimposing border controls is the opposition party Most-Híd, whose chair Béla Bugár stressed that the European Union project is based on solidarity, compromise and the free movement of people.

“With losing willingness to express solidarity and seek agreement, we may eventually lose our freedom of movement,” Bugár said, as quoted by the SITA newswire, adding that without it the EU project loses its sense.

Several analysts have, however, said that the current situation does not necessarily mean the end of the Schengen Agreement. Reimposing border controls is “a crucible” for Schengen, according to Milan Nič, analyst with the Central European Policy Institute (CEPI). The difference in the approach of the countries, however, is that while Germany actually reimposed border controls, about which it had to inform the European Commission, the remaining countries only reinforced the patrols, he told Sme.

He does not think that the controls on borders will return as “everybody will try to avoid the irretrievable breakup of Schengen”, he added.
Zuzana Gábrižová of the Euractiv.sk website reminded that the countries may temporarily reimpose the border controls in case of emergency. However, she has not ruled out the possibility of revoking Schengen for the future.

“Even Schengen is a kind of political and legal construct which may be revised at a certain moment,” she told the public-service broadcaster RTVS.